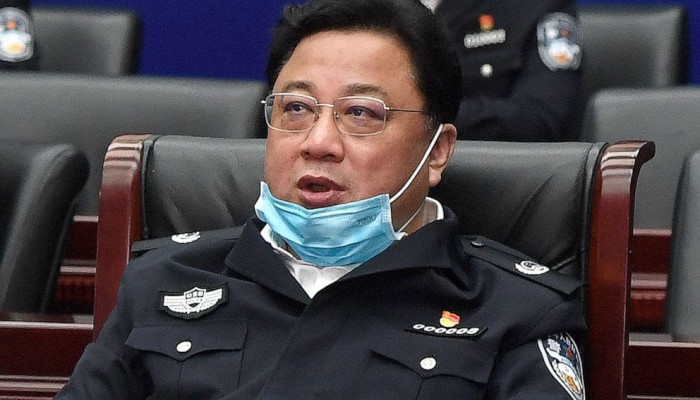 A former deputy police minister who was accused of leading a crime gang of government officials was given a death sentence with a two-year reprieve Friday on charges of manipulating the stock market, taking bribes and other offenses, according to Chinese state TV reports.

Sun Lijun’s conviction adds to a string of senior officials who have been punished in a marathon anti-graft crackdown launched after President Xi Jinping took power in late 2012 that some see as politically motivated, Associated Press reported.

The latest penalties come ahead of a meeting of the ruling Communist Party next month at which Xi is expected to try to break with tradition and award himself a third five-year term as leader.

Sun was convicted by the court in the northeastern city of Changchun of collecting 646 million yuan ($91 million) in bribes, China Central TV reported on its website.

Sun was charged with using his official position in 2018 to manipulate stock trading to help a trader avoid losses. He also was accused of selling official jobs and abandoning his post during the COVID-19 outbreak.

Sun was sentenced to death with a two-year reprieve. Such penalties can be commuted to a prison term if the convict is deemed to have reformed. CCTV said if Sun’s death sentence is commuted, he would be sentenced to life without parole.

A former justice minister and a former ruling party official who was accused of colluding with Sun received similar penalties Thursday.

Earlier, Sun was named in a lawsuit by the U.S. Justice Department against Las Vegas casino mogul Steve Wynn to compel Wynn to register as a foreign agent because of lobbying work it says he performed for the Chinese government.

The lawsuit says senior officials including Sun wanted Wynn’s help in trying to have a Chinese citizen’s visa application denied, according to the complaint. Beijing wanted the man, who was charged with corruption and asked for political asylum, to return to China.