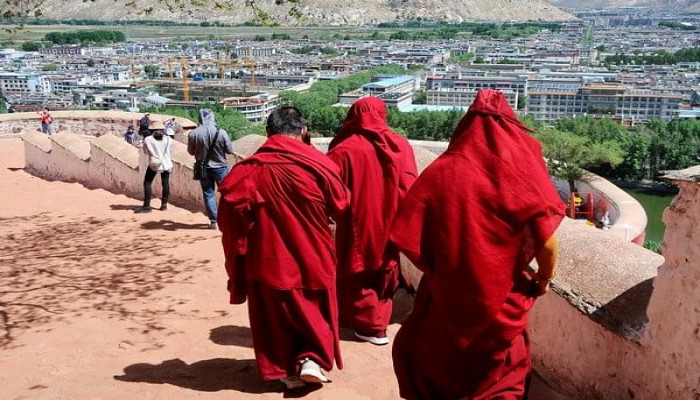 In the wake of the ongoing sinicization of Tibetans by China, the regular visits of the China-appointed Panchen Lama Gyaltsen Norbu to Tibet throw light on the Chinese Communist Party’s (CCP) hidden agenda to spread disinformation about Tibet and hide the real human rights crisis unfolding in Tibet, according to the Tibet Rights Collective (TRC).

Norbu has undertaken numerous domestic and foreign trips under CCP’s command and made various speeches on Buddhism, Tibet and China. However, the Communist Party’s efforts to gain recognition and acceptance from the Tibetans have failed time and again, news agency ANI reported.

According to the Tibet Rights Collective, reports suggest that Gyaltsen Norbu also visited Sangding Monastery in July 2022 where he “expressed the hope to jointly make efforts and make due contributions to the Sinicization of Tibetan Buddhism”

In another meeting in August during his visit to the Tashilhunpo Monastery, the Panchen Lama said, “Tibetans must be grateful to the Chinese Communist Party (CCP)” as he hailed the actions of the CCP in Tibet.

Based on the analysis of the visits of Norbu, the Tibet Rights Collective stated that most of the visits are being executed in the border areas by the Chinese Communist Party to strengthen the border village system and assert its dominance in the region.

According to reports, Sangding Temple was the last stop of the Panchen Lama’s trip in Shannan. From July 19 to 29, it lasted 11 days during which the Panchen Lama and his entourage crossed the Himalayas and went to Longzi County, Cuona County, Luoyang County, Shannan City with four border counties, Zha County and Langkazi County, carrying out Buddhist and social activities.

After the death of the 10th Panchen Lama, Dalai Lama and his search party started searching for the reincarnation of the Panchen Lama and finally on May 14, 1995, Gedhun Choekyi Nyima, a 6-year-old boy in Tibet was recognized as the 11th Panchen Lama.

However, things turned worst when the 6-year-old boy and his family were kidnapped on May 17.

For nearly 27 years, Tibetans have not seen their 11th Panchen Lama pictures. The Chinese officials have only given words to the world that Gedhun Choekyi Nyima and his family are doing well, reported Tibet Rights Collective.

The last Panchen Lama, the 10th Panchen Lama stayed back in the region after the revolt broke out between Tibet and Chinese officials. While he was in the region, he submitted a 70,000-word petition to the Communist Party which led to his arrest.

The Dalai Lama, another head of the Gelugpa sect, took shelter in India and garnered international support, and made people of the world aware of the atrocities taking place in Chinese-occupied Tibet.