China at 70: How China became the World's most powerful Autocracy 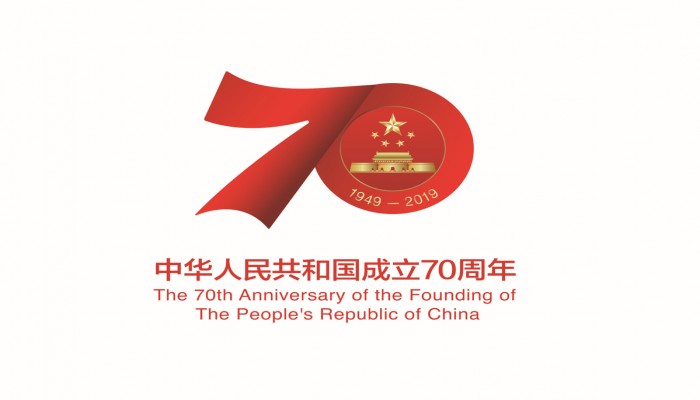 China celebrated its 70th anniversary of formation of People’s Republic of China on Oct 1st with pomp and pageantry. A highly choreographed military parade and the massive display of its arsenal reminiscent of Cold war era, reminded the World of the spectacular rise of China. With consistent double-digit growth over a period of three decades, the Middle Kingdom has catapulted itself from an underdeveloped country to an economic super power. Presently the second largest economy of the World, is tipped to surpass American economy soon.

The post-world war-II era flush with phenomenal growth stories witnessed rise of many nations. But the stupendous rise of China and its impact on the global trade has been awe-inspiring. Apart from the spectacular economic growth China’s consistent efforts to transform every other sector-education, sports, science, research artificial intelligence and space technology exemplified its aspirations of a super power in making. The fantastic transformation of China indeed became a journey worth emulating for many. Economic effulgence eventually ushered hopes of democratisation of the polity. Instead the Middle Kingdom became brazenly indifferent to the western values of democracy, liberty and human rights. Buried under the façade of enviable economic miracle is the thriving repressive ardour of an autocratic regime.

Proliferation of diverse views characteristic of a flourishing society were absent from modern Chinese society. Indeed, Chinese observers even rue the current celebrations and question the paradox of a pre-1949 relatively free Chinese society turning into an imperious authoritarianism. Frank Dikotter in his article, “The People’s Republic of China was born in Chains” argues, “The Communist Party calls 1949 a liberation. But China was far freer beforehand”. After the World war-II the ragtag army of Mao with the help of Joseph Stalin laid seize to Chinese cities and gradually usurped power from local administration. During the course of four-year long chaotic civil war Mao defeated nationalists led by Chiang Kai-shek and forced him to retreat to Taiwan. Proclaiming victory, Communist Party hoisted red flag over the Forbidden City. Within years of takeover, Chinese Communist Party (CCP) started re-education centres to implant people with the new ideology, new values and new duties. They mercilessly slaughtered around two million people who opposed this change. Soon enough they banned all organisations, societies and disapproved forums meant for exchange of ideas. They even expropriated private properties. Everything was controlled by the state which was run by CCP.

Community living became order of the day. To circumvent the dire economic distress and transform the economy Mao initiated the Great Leap Forward in 1958 whereby Citizens became bonded slaves of the state. Anyone who opposed the collective industrialisation was executed. The disastrous economic policies of Mao together with the great famine resulted in death of several millions. Notwithstanding this self-inflicted catastrophe, Mao soon launched a decade long Cultural Revolution which besides paralysing China politically and economically claimed lives of 2 million people. After Mao, Deng Xiaoping took over the reigns and introduced economic reforms in 1979. Economic liberalisation kickstarted Chinese growth run. Reaping the fruits of globalisation, China soon reached the pinnacles of economic miracle.

Despite its unparalleled economic run, Chinese administration denied its citizens of the basic freedoms. It continued to propagate its repressive ideology and justified the stranglehold of the state. Divergent ideologies weren’t allowed to proliferate. Insulating its citizens from the democratic movements across the World, it firewalled the internet and censored the media. CCP maintained its firm hold on administration and even controlled the functioning and activities of its cadres through Ministry of Public Security.  With no elections, no organisations, CCP continues to have unparalleled control over the polity. China which has been home to diverse populations were denied their rights to practice their religious practices and perpetuate identities.

CCP often credited for the stability and subsequent economic rise of Middle Kingdom crushed dissent. The despotic state keen on suppressing any alternative thought turned into a colossal surveillance state. Employing modern technology CCP controlling the activities of populations in the autonomous regions like Tibet and Xinjiang.

While China’s unprecedented scientific and technological advancements took the world by a surprise, brutal suppression of civilian liberties of its citizens and confinement of Uighur Muslims in the re-education camps is now catching the attention of the World. China’s burgeoning belligerence, blatant disregard for rules of international order, territorial aggression, punitive trade wars is making international community wary of China’s rise. Till 2012, China adopted Deng’s 24-character strategy, “Observe calmly, secure our position; cope with affairs calmly; hide our capacities and bide our time; be good at maintaining low profile and never claim leadership”.

President Xi Jinping who took over as President changed the dictum. In contravention to the illusionary China’s peaceful rise he actively laid claims to the global leadership and aspired recognition. Invoking the Chinese nationalism, Xi pledged “rejuvenation” of China. He co-opted judiciary, launched a massive corruption crackdown exercise against his political rivals and consolidated power. He removed the term limits, became a “core leader” and instituted his thoughts into the constitution. Through opaque trade practices he gave massive fillip to Chinese ambitions of staking global influence and launched ambitious plans under the guise of providing much needed global connectivity through infrastructure. He rolled out Belt and Road Initiative (BRI), Maritime Silk Road (MSR), spearheaded the “Pearls of String” stratagem and ruthlessly mooted encirclement policies to establish regional supremacy. Suppressing the dissent with iron hand he bolstered China’s surveillance regime. Under his leadership the expenditure for internal security exceeded defence budget meant to secure Chinese borders.

Slowly but steadily China’s repressive practices, predatory trade policies, intellectual theft, cyber espionage, lack of transparency and contentious state intervention in the foreign Multinational Companies are making the international community sceptical of Chinese intentions and aspirations. Fuelling apprehensions, Xi who watched the military parade of 15,000 Chinese personnel with QR coded uniforms from the historic Tiananmen Square warned, “There is no force that shake the status of this great nation. No force can stop the Chinese people and the Chinese nation forging ahead”. His speech that lasted for barely 10 minutes once again conjured national pride and the Supreme leader Mao Zedong.

President Xi frequently invokes “Century of humiliation” to stir patriotism and justify China’s claims to various territorial regions including Taiwan. Under the veneer of patriotism China defends its repressive actions to curb alleged secessionist and terrorist tendencies of Tibetans and Uighur Muslims. In sharp contrast, India which suffered two centuries of humiliation by the west as rightly pointed by External Affairs minister Jaishankar Subramanyam at Atlantic Council recalled, “The West in its predatory form came into India in the mid18th century and continued 190 years after that” never used past humiliations to stir passions. Instead India continues to uphold the democratic values and never laid claims to the pre-independent territories. There are several lessons to be learnt from China but authoritarianism and ruthless repression is not one of them.