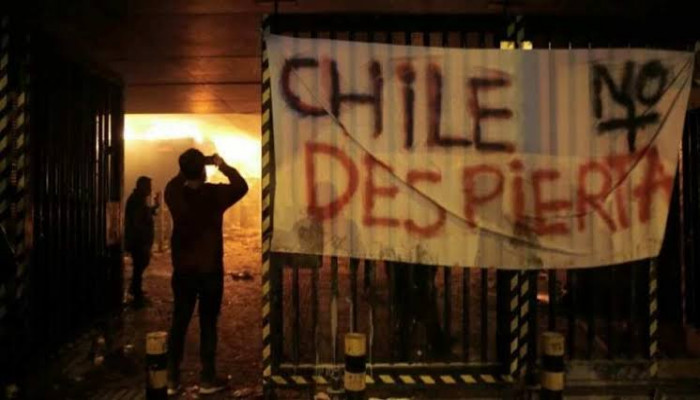 The emergency was declared in 72 communities in two regions of southern Chile because of the ongoing disturbances and attacks, some of which claimed by Indigenous Mapuche groups. These Mapuche groups are demanding the return of their ancestral lands.

The emergency limits freedom of assembly and movement and also allows the military to support police. It can run for a maximum of 15 days, renewable for 15 more days with the agreement of Congress.

The measure affects 40 communities in the Biobo region and 32 in La Araucana. In the La Araucana region, attacks on forestry machinery and trucks are in news. In Biobo, which neighbors La Araucana, arsonists burned two churches, one Roman Catholic, one Evangelical. La Araucana has spent years under the custody of militarized police, who have been criticized for the 2018 shooting of a young Mapuche.

One person was killed and 17 injured on Sunday when clashes broke out in the capital, Santiago, between security forces and protesters marching for Mapuche autonomy. The event was marking the Dia de La Raza, formerly known as Columbus Day.

Some 12% of Chiles 19 million people are Mapuches descended from the country’s original people. Half of them live in poor rural communities. Their leaders are demanding that land currently owned by farms and logging companies be restored to them.

The lack of a solution to their demands has prompted armed groups to carry out attacks on trucks and private property over the last 10 years.