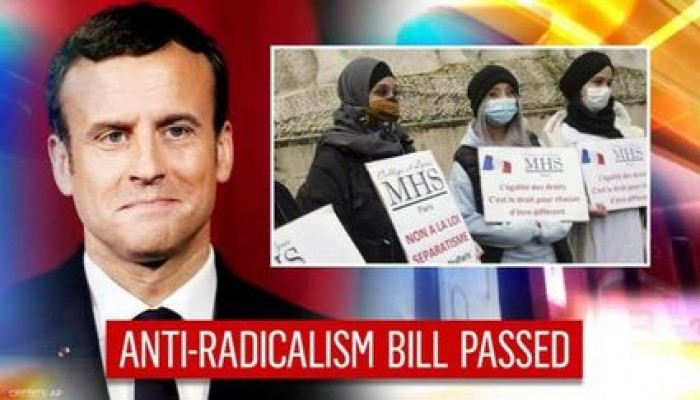 Appreciation from all corners of France in specific and the world in general have started pouring in lauding the bold move of the French President Emmanuel Macron.

This development comes following months of controversy, and over 130 hours of parliamentary debate. The MPs in France finally approved a draft law aimed at cracking down on what French lawmakers have branded 'Islamist separatism.' This anti-radicalism bill was passed by 347 votes to 151 in the French parliament's lower house where President Emmanuel Macron's ruling party and allies have a majority.

This legislation is now set to be reviewed by the Senate on March 30.

The passage of the draft bill, officially named “reinforcing republican principles,” comes as a retaliatory follow-up of the surging Islamist militant attacks that struck France in recent years. With the country entering into presidential elections in the coming year, protecting the French secular identity and domestic security has been highlighted in the bill as the two biggest issues.

In a nutshell, the key highlights of the bill are as follows: