Chandrayaan 2 - How ISRO's audacious attempt will inspire crores of Indians 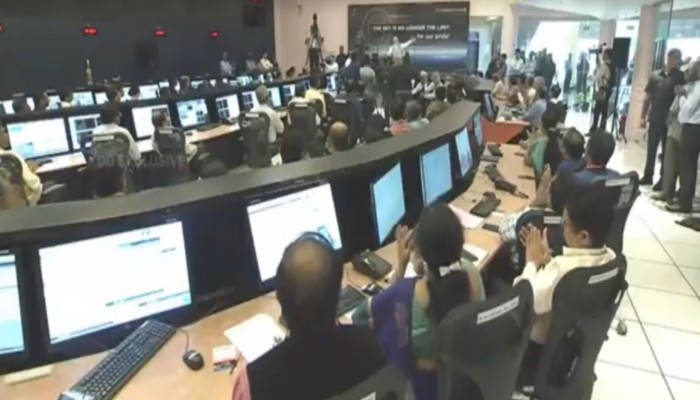 Frankly, I was a little wary that the Prime Minister’s speech to the ISRO scientists, the morning after we lost communication with Vikram lander, will perhaps be a rehash of some popular dialogues. And when he said “the best is yet to come”, I thought my fears were coming true. But for me everything changed when he said two things.

One was when he said when poets/writers will write about this event in the future, they might write that Chandrayaan was perhaps too eager to go hug the moon (it came out much better in Hindi when he spoke!). And the second was one he said that he is not here to give a lecture but is here to take inspiration from the scientists. And after delivering a 24-minute speech (one of his finest), the Prime Minister of India walked down the podium and shook hands with every single scientist who worked on Chadrayaan-2 project and was present at the ISRO center. Every single scientist.

Even before we all witnessed the heart-breaking moment of the ISRO Chairman being consoled affectionately by the Prime Minister of India– a momentous leadership lesson was already witnessed by many Indians. I can’t even imagine the inspiring impact this small gesture of the Prime Minister of India will have on the scientists who have put in their heart and soul into the project.

For a couple of hours, I was choking every time I was seeing the video clipping of the ISRO Chairman being consoled affectionately by the Prime Minister of India. I am sure you did too. The outpouring of such emotion is only possible when you love and respect the work you do. The outpouring of such genuine emotion is a culmination of years of toil and the sadness that we were literally so near, yet so far! We were just 2.1 kms away from the moon surface when we lost communications with the Vikram lander. And when P.T.Usha tweeted her support and mentioned 1/100th of a second in her tweet, it stuck to me that there is perhaps no one better than her to understand the true impact of being so near, yet so far.

The Principal Scientific Advisor to the government of India then put out a series of tweets that explained the full nature of the Chandrayaan mission. We were slowly getting enlightened about how nearly 95% of the mission was indeed a success, and how Chandrayaan will continue to orbit around the moon and send back precious data for us to analyze and learn more. ISRO’s pioneering of space technology and leadership lessons were bought to the fore yet again. After all, how would such momentous project be successful one after the another if not for some stupendous leadership of ISRO over the years?

Crores of Indians were awake late into the night to watch Vikram lander say hello to the moon. Lakhs of school children were discussing about space and what frontiers needed to be breached. Scores of newspapers across the country carried out multiple articles and easy-to-understand graphics so that crores of Indians are familiar with the scale of what ISRO has set out to achieve. This scale of involvement from the citizenry hasn’t happened earlier and must make us all feel proud that instead of debating useless topics we are now well equipped with enough information to discuss such informative topics.

While Pakistan was gloating that ISRO couldn’t achieve the last 5% success, leaders of various countries of the world have congratulated ISRO and expressed their support too. Atleast I don’t recollect any such thing happening earlier. This outpouring of support towards ISRO must truly warm the scientists’ hearts. We all already know that the scientists will be the first people to analyse what went wrong and how it can be corrected (if it can be). If at any moment of despair they need support, they must just look back to this day and recollect how an entire country right from the Prime Minister to a 10 year old, have stood right behind them.

As for the miniscule few who were gloating in this failure, I am taking the liberty to copy here, the response of my friend Deepak Karumunigkar.

In the next attempt, ISRO will land the rover, do a wheelie, then a little drift and leave skid marks forever, while leftist sociology honors graduates will continue to take seven attempts to find the side-stand on the Bajaj Boxer.