Centre may ban all Hurriyat factions for financing terror 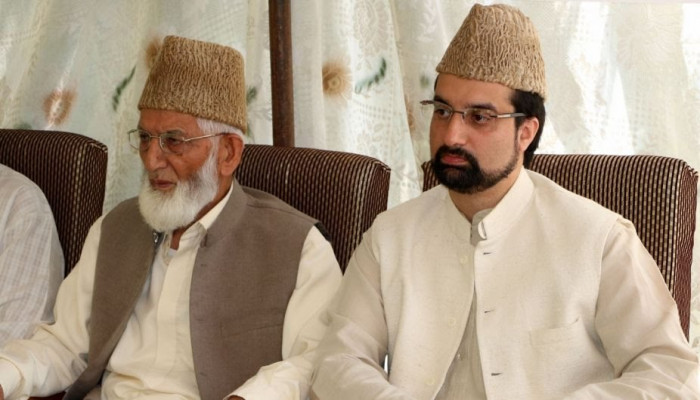 The Central government may soon ban Hurriyat Conference as an “unlawful organisation’ under the Unlawful Activities Prevention Act (UAPA). This move came after alleged involvement of its constituents and leaders in terror financing in Jammu & Kashmir as a primary ground.

The Hurriyat conference was founded in 1993 with several political, social and religious parties with differing ideologies but united by a separatist agenda, as its constituents.

According to TOI sources, the Home Ministry will take a final call in the coming days on proscribing all factions of Hurriyat Conference – including the moderate Hurriyat and Tehreek-e-Hurriyat once led by late hard line leader Syed Ali Shah Geelani – under Section 3(1) of UAPA.

While J&K government and NIA had earlier submitted inputs and data to the home ministry to build a case for listing Hurriyat as an ‘unlawful organisation’, a source said some additional inputs and data were sought by the ministry of home affairs.

Sources said the clarifications and additional inputs have now been submitted and a decision to ban the Hurriyat Conference, including all factions and fronts, is expected soon.

With many terror cases slapped against Hurriyat leadership in the recent years, including by the National Investigation Agency (NIA), the Hurriyat Conference’s presence and activities in the Valley have seen a massive dip, particularly in the last couple of years.

“However, a ban on Hurriyat Conference will help put a total stop to its terror financing plans and activities, particularly collection of funds from the people at community events and their further distribution, under alleged instructions from Pakistan’s ISI, to subversive elements for carrying out terror acts in J&K. With the UAPA ban – an unavoidable eventuality for any outfit involved in terror financing – the terror funding routes purportedly employed by the Hurriyat conference can be plugged. One of the key routes which is now part of an NIA investigation was ‘sale’ of medical seats in Pakistan’s colleges from its quota, and channelling the funds so collected to foment trouble in the Valley,” said an officer.

“Hurriyat and all its factions will have to dismantle their offices and infrastructure, once the ban is imposed. Also, all the boycott calls and protest calendars, once a mainstay of Tehreek e Hurriyat that has faded into oblivion post-abrogation of Article 370, will become illegal,” the officer added.

A decision to ban an organisation is notified in the official gazette, complete with all the grounds. It must be upheld later by a review committee provided for under UAPA.

J&K government has initiated several tough measures aimed at “dismantling the entire terror infrastructure”, which include sacking government servants and denying government benefits to those found to be overground workers or terror sympathisers.

The Centre had earlier banned the JKLF and Jamaat e Islami, which were constituents of Hurriyat Conference at one point of time, under UAPA.