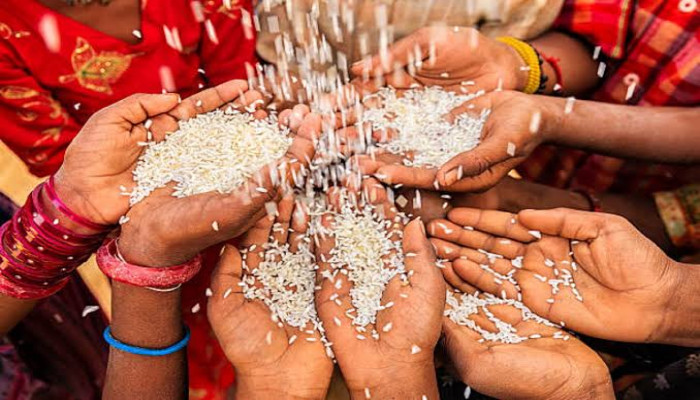 The Cabinet has extended the free food grains distribution through the ration shops by another four months until 31 March, 2022, according to I&B Minister Anurag Thakur.

Under the Pradhan Mantri Garib Kalyan Anna Yojana, food grains @ 5 kg. per person per month was distributed to the 80 crore beneficiaries covered under the National Food Security Act.

According to the department of Food and Public Distribution, the food grain under Phase V would entail an estimated food subsidy of Rs 53344.52 crore. The total outgo of food grains in Phase V is expected to 163 lakh metric tonnes. This will take the overall expenditure of nearly Rs 2.60 lakh crore in PMGKAY Phase I- V.

In March 2020, the Government in March had announced the distribution of additional free-of-cost food grains (Rice/Wheat) to about 80 Crore National Food Security Act (NFSA) beneficiaries.

It was provided over and above the regular monthly NFSA food grains i.e., regular entitlements of their ration cards, so that the poor, needy and the vulnerable households/beneficiaries do not suffer on account of non-availability of adequate food grains during the times of COVID-19 pandemic.

So far, under the PM-GKAY (phase I to IV) the Department had allocated a total of almost 600 LMT food grains to the States/UTs equivalent to about Rs. 2.07 Lakh Crore in food subsidy.

As per the reports from the states/UTs so far, 93.8 per cent of food grains have been lifted.