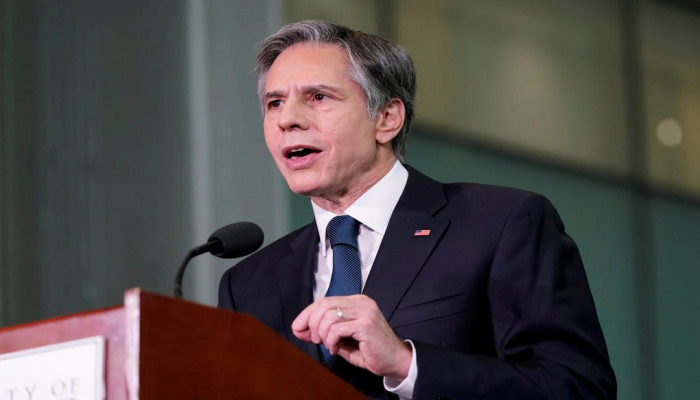 The US will look at the role Pakistan played in the last 20 years, Secretary of State Antony Blinken told angry lawmakers who expressed outrage over Pakistan's "duplicitous" part in Afghanistan post 9/11 and demanded that Washington reassess its relationship with Islamabad.

The US lawmakers also urged the Biden administration to reassess Pakistan's status as a major non-NATO ally.

"It is one that is involved hedging its bets constantly about the future of Afghanistan, it's one that's involved harbouring members of the Taliban ... It is one that's also involved in different points cooperation with us on counterterrorism," Blinken said.

Asked by lawmakers if it is time for Washington to reassess its relationship with Pakistan, Blinken said the administration would soon be doing that.

"This is one of the things we're going to be looking at in the days, and weeks ahead - the role that Pakistan has played over the last 20 years but also the role we would want to see it play in the coming years and what it will take for it to do that," he said.

Responding to a question on if he knew former Afghan President Ashraf Ghani was planning to leave, the Secretary of State said he had spoken to Ghani on the night of August 14 who had stated "fight to the death" and was not aware of Ghani's plan to leave Afghanistan.

Observing that the relation with Pakistan bothers him, Congressman Bill Keating, Chair House Foreign Affairs Subcommittee on Europe, Eurasia, Energy, and the Environment and House Armed Services Committee, said Islamabad has played by all accounts a negative role in Afghan affairs for decades.

The United States and Western countries are in a difficult balancing act in the aftermath of the Taliban's victory - reluctant to recognize the Islamist group while accepting the reality that they will have to engage with them to prevent a looming humanitarian crisis.

Pakistan has had deep ties with the Taliban and has been accused of supporting the group as it battled the U.S.-backed government in Kabul for 20 years - charges denied by Islamabad.

It is also considered as one of the two countries, along with Qatar, with the most influence over the Taliban, and a place where many senior Taliban leaders were thought to have escaped to after the U.S-led invasion of Afghanistan in 2001.