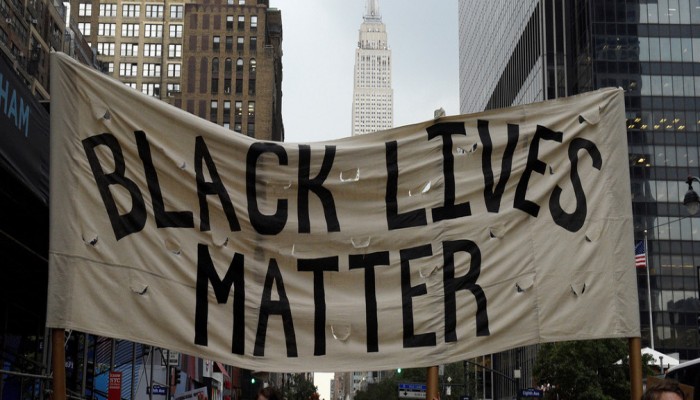 Recent crocodile tears of Bollywood actors and jumping on the bandwagon of Black Lives Matter (BLM) thousands of miles away, while being completely-tone-deaf on Hindu monks lynching right in their own backyard broke my patience. Even worse, many of them ironically promoted skin fairness products. Ultimate hypocrisy of Priyanka Chopra advertising for Fair & Lovely...the 14 day guarantee. Quite rightly so, they have been called out for their hypocrisy and racism. Bollywood is the worst platform for racism in India. India does not have any white supremacy problem, as the Britishers were kicked out in 1947. Then, what is the connection with BLM? I will draw a direct connection with Shaheen Bagh of India. Let’s look.

Bollywood and obsession with fairness cream

Anyone who observed the recent events have figured out what the intent is. Very bluntly, BLM is an excuse and a conning tool for the sole intent of overthrowing the current Trump government and establishing communist regime. Exact reason why Shaheen Bagh was cultivated against Modi government.

A complete propaganda of destabilization. Taken from twitter profile @PurnimaNath

Briefly, a video of white skinned-colored police officer pressing his knee on black skinned colored George Floyd evoked an outrage that turned into rioting looting, destroying of public properties, vandalizing churches, ruining statues of freedom fighters, even past leaders such as Abraham Lincoln who freed slaves. Many questions are arising since then, if it was really about black lives, then why did they try to destroy the statue of the person who freed the slaves? Why tearing down Hans Christian Heg, an anti-slavery politician? If the riots were against racism, then why not standing up for all the black-skinned people killed during the riots (regardless of the perpetrators' skin color?). There is no conversation on the real crimes happening – for instance, black on black crimes specifically. We truly need to know, who George Floyd was? Someone who was in-and-out of jail for violent criminal activities, who was trying to fool a shopkeeper with a counterfeit bill, a criminal who served 5 years in jail for terrorizing a black pregnant woman with a pistol in her belly. He was high on drug and resisting at the time of his arrest. Yet, America has turned a martyr out of a criminal. Was the police officer used excessive force? Sure, he did. However, some information is still not known. We have seen reports on police officer Derek Chauvin and George Floyd worked at the same night club for at least 17 years. Details of money laundering surfaced at the night club, and the records were kept in police station. The night club and the police station both burnt down. COINCIDENCE?

BLM, ACTUAL CAUSE, AND NARRATIVE

To prove my point, let's look at some of the crimes reported in Chicago [one of the most happening cities like San Francisco (CA), New York (NY)], just in the last few weeks. 106 were shot, 14 killed fatally, including 12 children, a 3-year-old boy, this fathers-day-weekend violence. 85 shot, 24 fatally in Chicago earlier this month on a weekend shooting June 1st report shows and 35 wounded, 5 fatally according to June 8th report. Memorial day weekend shooting killed 10, 39 wounded. Where are the protests, or murals for them? Was there any anger for black people killed during the protest, for instance, Captain David Dorn or Patrick Underwood? Were people buying t-shirt with their face? Or didn’t the narrative fit the propaganda? Or are the protests only for crimes when the perpetrator is a white-skinned person? In these case, did the killers have wrong skin colors, not preferable perhaps?

A small representation of crimes and media outrage vs silence

Lot of information surfaced for the last few weeks. BLM activist leader Hawk Newsome says Jesus Christ is the most famous black radical revolutionary in history. He also threatens that “if US doesn’t give us what we want, we’ll burn the system’. Activist Shaun King says Jesus Christ is the symbol of white supremacy. Video surfaced that BLM co-founder confirms that ‘we are trained Marxists’. She also said that, ‘our goal is to get Trump out’. More information surfaced since then. More interestingly, the website of BLM donation page directly goes to political action committee ActBlue. It’s massively well-funded and organized conspiracy to elect radical communists’ political candidates. It has nothing to do with Black lives or even race. It is just used as a vehicle to push communist political agenda.

A 77-day anti-CAA Shaheen Bagh conspiracy protest that blocked roads for months, caused inconvenience for people, continued till U.S. President Donald Trump visited India late February this year, was an extremely well thought-out, planned, equipped, funded, and orchestrated to turn it into a massively violent riot throughout the country should not be overlooked. Several master minds are arrested. One of them is a prominent Muslim political leader (now suspended) of leftist socialist party, Aam Aadmi Party (AAP), Tahir Hussain was booked for money laundering, terror financing, and murder of Investigative Bureau officer charges. Safoora Zargar, another Muslim PhD student from Jamia Milia Islamia (JMI) university, a primary conspirator of Delhi riots case was arrested, and bailed on humanitarian grounds.

Apparently, the newest victim card to be used is #PregnancyCard. Yes, you heard it right. The decision for bail came along on a humanitarian ground. You can incite violence, be the primary instigator, and make sure to get pregnant so a democratic country can fail miserably on enforcing law and order and arrest the criminal.

Additionally, we must bring our attention to Delhi election. It was carried out to ensure the AAP wins the Delhi election (and Modi-BJP defeated). This enormous propaganda of riots and violence were conducted by the people brought (in truckloads) from outside, that killed over 50 people. Furthermore, a 4-month-old baby died at the protest. Now, ask me, why does a 4-month-old baby need to be at the protest?  Several other dubious educational institutions were involved in pushing the antinational and anti-India agenda, especially, Aligarh Muslim University (AMU), and Jawaharlal Nehru University (JNU). Umar Khalid, another Muslim student from JNU has been arrested on sedition charges as well. Post the riots, it has come to light that Shaheen Bagh was global conspiracy and large-scale experiment.

Communism and Marxism played a major role on India’s domestic and international policies for the past 73 years. India was largely ruled by the leftist party, Indian National Congress (INC), of Jawaharlal Nehru-Gandhi family dynasty. India retained its large poverty base and a remained an under-developed country. Communist Party of India (Marxists) (CPIM/CPM) ruled major troubled states, especially, West Bengal and Kerala. Those riots in India was based on a false propaganda. Yet, these groups were successfully able to propagate a horrific anti-India narrative, internationally. Yuri Bezmebov, a Soviet defector KGB operative says it all about subversion.

See the pattern? A massive Communist-Marxists-Anarchist movement to overthrow the Trump government in the United States and Modi government in India practically is undertaken by the same antinational and subversion tactics of destabilization of a nation. BLM is a political propaganda, so was the Shaheen Bagh Conspiracy, a massive global deception plot.

All other images are provided by the author. 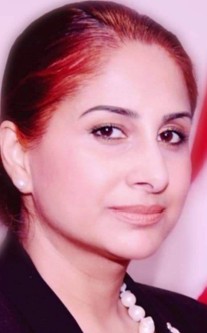