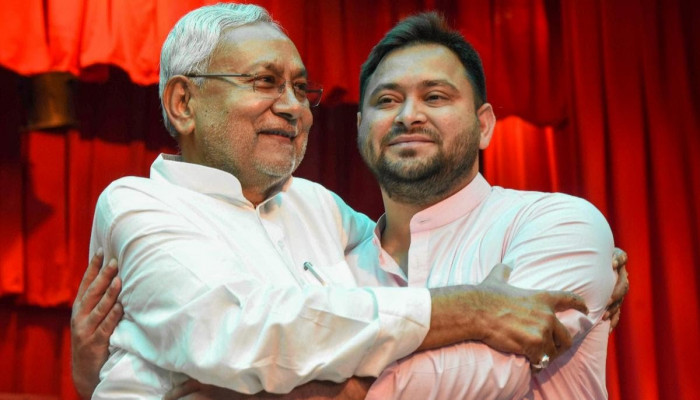 Bihar Chief Minister Nitish Kumar on Tuesday expanded his cabinet, in which, a total of 31 ministers were inducted from various parties that are a part of the Grand Alliance in the state. All the new ministers were administered the oath of office by Bihar Governor Phagu Chauhan at Raj Bhavan in Patna.

Congress legislators Afaque Alam and Murari Lal Gautam were inducted into the cabinet as ministers, while Hindustani Awam Morcha's Santosh Suman was also sworn in.

Sources informed PTI that some ministerial berths will be kept vacant for future cabinet expansion. The Bihar cabinet can have up to 36 ministers, including the Chief Minister.

Earlier this month, CM Nitish Kumar parted his ways with the BJP and formed a new government with the RJD and other parties in Bihar. The Chief Minister and his deputy - RJD's Tejashwi Yadav - took oath on August 10.

Cumulatively, the Bihar Grand Alliance has a strength of 163. However, it has climbed to 164 after Independent MLA Sumit Kumar Singh also extended his support to Nitish Kumar in forming the new government in Bihar. The new government is likely to prove the majority on August 24 in Bihar Assembly.