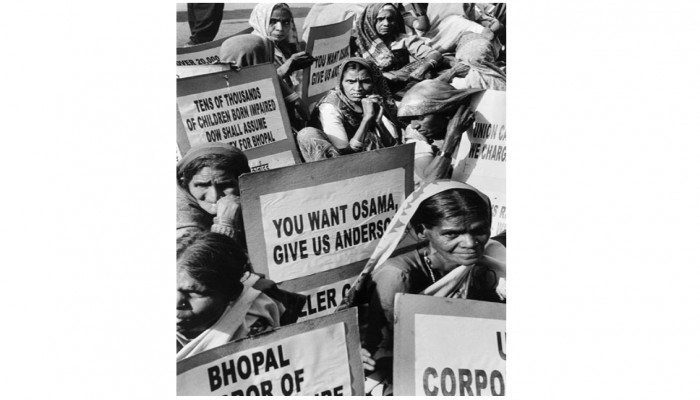 Thirty-five years have passed since the notorious Bhopal Gas Leak Tragedy, one of the deadliest industrial disasters in the world, yet, it did not leave any significant imprint on our national memory. Worse, it remained just a story of poor people, and the focus of the survivors and the activists have been mainly on the compensation. Issues such as health, justice, environment, and safety standards had never been raised.

This tragic incident took place in the Union Carbide India Ltd. (UCIL) pesticide plant in the populous city of Bhopal on the intervening night of December 2-3, 1984. Nearly 40 tons of the deadly Methyl Iso-Cyanate (MIC) leaked due to a faulty valve exposing almost a million people to the toxic gases.

It claimed around 25,000 lives out of which more than 3,500 people died immediately, leaving thousands of others disabled. The suffering and after-effects continue even today. The children are born with birth effects; many are suffering from a physical and mental disability. Several civil and criminal cases are pending, but no justice served to the victims. They either succumbed to their injuries or are still fighting for survival.

Incidentally, it was not the first time that leakages had taken place in UCIL. Trade unions had complained about pollution in the UCIL plant way back since 1976. American experts who visited UCIL in 1981, warned of a runaway reaction in the MIC tank. There was a "phosgene" leak in January and February 1982, in which 24 workers and 18 workers were affected, respectively. The disaster was waiting to happen, as the safety standards remained lax.

The deadly MIC gas that wreaked havoc on Bhopal was stored in large tanks beyond the required level. The slack maintenance and substandard safety systems led to the MIC tank refrigeration system switch off. The MIC tank pressure gauge, which leaked, was malfunctioning, with no efforts to repair it. All this, in the name of cost-cutting. How criminal was this?

When the leak occurred, tons and tons of the deadly MIC escaped into the atmosphere in around 45 to 60 minutes spreading all over and being denser than the air, stayed closer to the ground. People woke up with suffocation and burning sensation in their lungs. Colossal panic erupted, and people were rushing out, which even lead to a stampede. By early morning, more than a 1000 people lay dead. Bhopal turned into a graveyard.

Passengers traveling through Bhopal had accounts of many desperately trying to catch any train to escape. Hospitals were full with around 150,000 people admitted for various infections in a couple of days. A massive rise in the cases of children being stillborn was noted. Trees around the Union Carbide plant became barren, animal carcasses were found all over. Over half a million people were affected by the gas, and many of them were below 15 years of age. A whole generation was lost.

A quarter of a century later, on 7 June 2010, seven former employees of the UCIL, all Indian nationals and many in their 70s, were convicted of causing death by negligence. Each was sentenced to two years of imprisonment and fined Rs.1 lakh. All were released on bail shortly after the verdict.

On 7 December 1984, five days after the leak, Union Carbide's US-based CEO Warren Anderson came to Bhopal. The case was taken over by the CBI. Anderson was immediately arrested. Usually, a person is detained in a police station for interrogation, but Anderson was kept in the plush guest house of his own company.

Chief Minister Arjun Singh was at an election rally when he received the call from Delhi and immediately asked his officials to arrange Anderson's release. A bail was hurriedly arranged on a personal bond of Rs 25,000 in which he promised to return to India to stand trial.

The superintendent of police Swaraj Puri and district collector Moti Singh escorted him to the airport. Within hours, an MP state government-owned Cessna Aircraft, piloted by Captain SH Ali, flew Anderson to Delhi, from where he left New York, never to return.

"We arrested him based on a written order but released him on an oral order," Swaraj Puri, Bhopal's SP, told the Union Carbide Toxic Gas Leakage Enquiry Commission. Reports published that a 'phone call' from an influential leader in Delhi had forced local administration to let Anderson go. CM Arjun Singh later wrote in his autobiography published posthumously:

A staunch loyalist of the Gandhi family, Arjun Singh may not have been frank about who called him. The declassified CIA documents also prove that Prime Minister Rajiv Gandhi facilitated Anderson's bail and his escape from India.

You would be shocked to know that not only Anderson but also the aircraft in which he flew to Delhi, was also conveniently taken out of India because its logbook recorded Anderson's flight.

The next MP Govt headed by CM Digvijay Singh sold the aircraft to a company Span Air Pvt. Ltd., owned by Congress leader Kamalnath's son, who subsequently sold it to a foreign company and the plane was taken out of India along with its logbook.

The most intriguing question here remains, why did Rajiv Gandhi go out of his way to help Anderson escape? The answer lies in one name – Adil Shahryar.

When this reference was given in the Parliament by Sushma Swaraj, Congress party went bonkers. Adil, a friend of Rajiv, was sentenced to 35 years in prison in the USA. His father, Yunus Muhammad, was a long-time loyalist of the Nehru-Gandhi family.

Pandit Nehru used to trust Adil's father, Yunus Mohammad, and was the custodian of secret files on Netaji. After Nehru's death, Yunus told Khosla Commission in the 70s that those files "might be missing or destroyed." Did Yunus keep the records as blackmail leverage later and use them to secure his son's release?

Mohd Yunus had allegedly threatened Rajiv to expose Nehru if Rajiv didn't help Adil. Shortly after the Bhopal Gas Tragedy, Rajiv traveled to the US. President Reagan commuted Adil's sentence on the same day when Rajiv went to Washington, DC.

It was probably Rajiv Gandhi's worst crime. Scores of documents accessed from former PM Rajiv Gandhi's office reveal how horrible the relief and rehabilitation measures by the authorities determined to hide the truth led to more deaths in the aftermath of the tragedy. This three-part series uncovers how a dysfunctional administration at the state and Centre failed to contain the crisis, then that is taking lives even today.

This tragedy is not history. It is still around us, lest we forget.