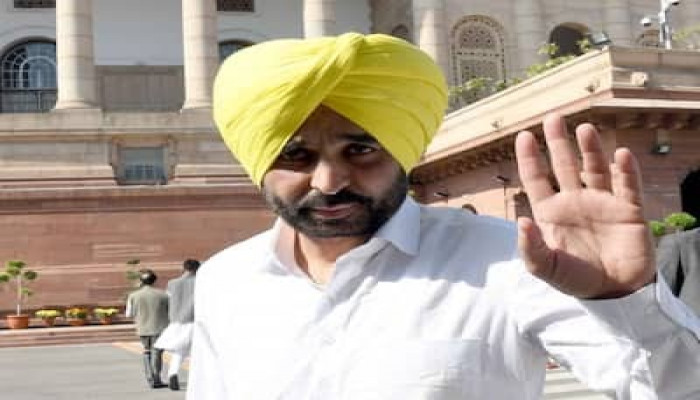 Addressing a gathering in Punjab's Mohali, CM Kejriwalmade the important announcement and said that Aam AadmiParty Lok Sabha MP from Sangrur constituency BhagwantMann will be the party's chief ministerial candidate for the upcoming Assembly elections.

Mann said, "Have to deal with several problems in Punjab. The focus will be on providing jobs to youth. 'Mafia raj' will be abolished. I belong to a middle-class family, never thought of reaching here. Will win seats by 2/3 margin."

A comedian-turned-politician, Mann (48) is a two-time MP from Sangrur and is the AAP's Punjab unit chief.

Born in Satoj in October 1973, Mann’s political journey began when he joined the Manpreet Singh Badal-led People's Party of Punjab in 2011. Badal had floated the party after parting ways with the Shiromani Akali Dal. Later, he merged his party with the Congress.

Mann unsuccessfully contested the 2012 Punjab Assembly polls from the Lehragaga seat in Sangrur against senior Congress leader Rajinder Kaur Bhattal. In 2014, he joined the AAP and was pitted against Akali heavyweight SukhdevSingh Dhindsa from the Sangrur Lok Sabha seat.

Earlier last week, Arvind Kejriwal has asked the people of Punjab to suggest names of their preferred choice for chief ministerial candidate and launched a mobile number for the purpose.

On the second spot was Punjab Congress chief Navjot Singh Sidhu, who got 3.6 per cent votes, the Delhi chief minister added.