Bengal Battle Over but the War Continues 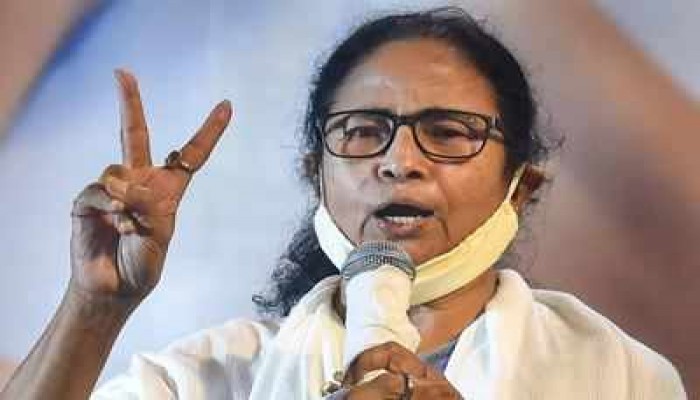 West Bengal Elections 2021 is now over. Mamata Banerjee's TMC won big and Modi-Shah's BJP lost after a big hype. In a plain simple perspective, BJP lost its opportunity in Bengal. But is it a loss in a battle but gain in long-run war in Bengal for BJP? Let me first analyse few reasons for the big win for TMC and miserable loss for Bengal BJP.

The Bengal election outcome again testified that the Bengali society is politically ‘binary’ in nature. From the Independent India era the Bengali political society is beset with the binaries of ‘Congress-Left', ‘Left-Congress’, ‘Left-TMC’, and ‘TMC-Left’. Now is the binary of ‘TMC-BJP’. Then the reasons for success/failure for one remain good for failure/success for the other.

One, election level. It was not a national election but a state election. It is now amply clear that Indian voters are now judicious enough to differentiate between a national and state level election. Bengali voters also proved it squarely. In 2019 national election Bengal provided 18 MPs with nearly 40% votes to BJP compared to 43% votes of TMC with 22 MPs. But BJP got about 38% votes with 77 seats compared to 48% votes with 214 seats for TMC in this Bidhan Sabha election. This is no less creditable for BJP which got only 10% votes in 2016 state election with only 3 MLAs. From a state level perspective, it is a gain for both TMC and BJP, but a big rout for Left-Congress alliance. Bengali voters have gone for time-tested ‘local leadership' in Mamata Banerjee with no ‘alternative' from either BJP or Left-Congress combine.

Two, insider-outsider issue and personal attacks. From the very first, Mamata Banerjee campaigned against ‘Bahiragato’- outsiders of the central BJP leadership. This outsider issue ultimately got a formidable traction against the failure of local BJP leadership, which was not nurtured by the BJP central leadership. The Bengali pride – ‘Bengali Ego' factor has been credibly used by Mamata Banerjee- the ‘Daughter of the Soil'. Again, personal attacks on Mamata as ‘Begum’ didn’t go down well amongst women voters. It is also a wrong signal to voters regarding fight on corruption against coal mafia, cattle smuggling, syndicate raj etc by central agencies only on the eve of election times and tirade against ‘Pisi-Bhaipo’ - Mamata-Abhishek duo.

Three, candidate selections. The BJP's main allegations of ‘tainted' netas of TMC got very much diluted when almost all TMC turncoats got the BJP candidacy. For Bengali voters there was no difference between candidates from either side. The BJP leadership did not groom in-house leaders from 2019 big victory in Bengal and instead relied on opportunistic TMC turncoats. Not only that by fielding current MPs in state elections, the BJP leadership has shown its limitations in reserve deficits. Mamata Banerjee did not make any mistake on that count. On the other hand, she rightly pointed out the turncoats as ‘traitors’- ‘Mirjafars’ of Bengal and people got it right.

Four, women factor. So many women-centric social security schemes by Mamata government in last 10 years have rightly empowered Bengali women and they were emotionally inclined with Mamata Banerjee's soft approach towards them. What Narendra Modi’s women-centric schemes have achieved women support for BJP in national elections, Mamata's women schemes have given consistent dividends also to her in his second term.

Five, communication issue. This is a big issue in Bengal elections. Language matters. The constant campaigning in Hindi by the BJP leaders didn’t go down well with the Bengali pride and culture. Mamata Banerjee has encashed on the failure of this miscommunication by the BJP. High-pitched central campaigns by BJP couldn’t match Mamata's ground-centric low key emotional campaigns.

Six, ‘Soft vs Hard Hindutva’ issue. For Bengali Hindus, Hindutva or Hinduness has always been ‘soft’ in their DNA. Sri Ram for Bengalis is ‘neither insider nor outsider' but at the doorsteps. But ‘Kali-Krishna’ duo have been at the rooms. Maa Durga has been the ‘icon’ of Bengali soft Hindutva. The northern ‘hard’ Hindutva of ‘Jai Sri Ram' as a ‘political slogan' has misfired for BJP.

Seven, ‘Badralok-Prantik’ Bengali narratives. The Bengal society in last two hundred years has been engrossed with an ‘urban’ liberal reformative inclusive soft ‘Badraloki’ narrative. This narrative is so subtle that it has eschewed a ‘Prantik’- marginal narrative of ‘rural’ Bengali Hindus. This time the dominant bhadraloki narrative got the upper hand in totality. Of course, the BJP got a large support from the sections of the marginals from the Rajbanshis in the North Bengal and the Matuas in South Bengal.

Eight, Muslim consolidation. This is one of the most important paradigm shift in the present election. All Muslim votes have consolidated behind Mamata Banerjee out of sheer identity politics and fear psychosis due to BJP's hard Hindutva. This is the first time Bengali Muslims have abandoned completely both the Congress and the Left. Of course, the real gainer is the Muslim cleric-led ISF with a single seat which would probably lead the emerging Muslim community in future with the changing demographic pie in Bengal.

Ten, Bengali psyche. The Bengalis as a community has suffered the most out of Bengal partition and the ‘perception of deprivation' has been historically used by all governments in the state. Mamata Banerjee has been no exception and used the ‘Bengali hurt sentiment' so emotionally that the present BJP central leadership got entangled as ‘dominant outsiders’ trying to control Bengalis from the Delhi. Bengali community has outright rejected this ‘outside dominance'.

So, for the moment Bengal battle is over. But so many issues remain and emerge out of election outcome. Bengal society remains a ‘binary’ political society as ever with the emergence of rightist BJP as the main opposition. This is a paradigm shift in Bengali society.

How the larger issues of industrialisation, transparent recruitment system, cut-money, syndicate raj, employment opportunity, migrant labours etc get pan out have to be seen in the coming years in West Bengal. War for a better Bengal continues for both the ‘rightists’ and ‘populists'.