Battle for Tamilnadu- Who will prevail? 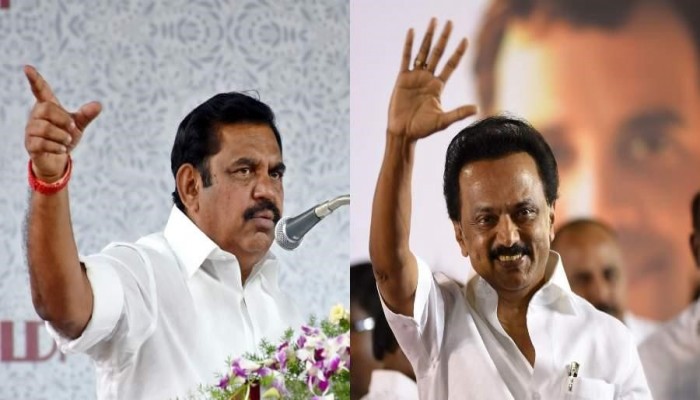 M.K. Stalin, the son of Mr. Karunanidhi and the president of DMK perhaps holds the record for the longest CM in waiting across the world. He began his political career in 1967 when he started the DMK youth wing in a tea shop in Gopalapuram Chennai and his 50+ years wait may finally be over when Tamil Nadu goes to the polls on April 6th 2021.

Given that this is the first assembly elections since the death of the two towering leaders Jayalalitha and Karunanidhi who had dominated the political scene in the state for more than 50 years between them, It shouldn’t come as a surprise that there is a mad rush to fill the political vacuum and there are 4 other CM aspirants who are trying extend his record.

The first among them is the incumbent CM from ADMK representing NDA Shri Edapadi Palanisamy, Mr. TTV Dhinakaran the rebel ADMK leader and nephew of Ms. Sasikala representing AMMK the breakaway faction of, Mr. Kamal Haasan who fancies himself as the Arvind Kejriwal of South leading MNM and Mr. Seeman, the self-proclaimed Tamil Nationalist leader leading NTK who have put up candidates in all of the 234 assembly seats.

Even though the official notification for the elections were announced 12th of March this year, the election fever had started on December 31, 2017 when Superstar Rajinikanth announced that his new political party would contest the Tamil Nadu assembly elections. This kicked off political alignments very early on in the quest to conquer Fort St. George and the pot was kept boiling by periodic announcement by him before he eventually pulled out citing poor health and Covid19 pandemic.

With two days left for polling, the DMK has managed to consolidate all anti BJP forces under a rainbow coalition with a smart allocation while ADMK struggled to keep the allies it had in 2019 Lok Sabha elections and ended up with only BJP, PMK and TMC under the NDA tent. Given this line up let us look at what are the key issues influencing this election and how I believe the outcome of this polls will turn out to be on 2nd May when results will be declared.

To begin with let’s look at what the pollsters have been forecasting. Barring a few, most of them are predicting a change of guard in St. Fort George, the scale of victory for DMK varies drastically not just amongst the pollsters but also by the same pollster between the opinion polls done at different points of time. Here is a summary of the opinion polls done by a few of them.

Even though the general consensus of opinion polls seems to be that the ADMK would get a respectable 75+ seats out of 234, it is the humble opinion of this columnist that the opinion polls have failed to capture the mood on the ground and in all probability got their vote share to seat share conversion terribly wrong. C Voter seems to have come closest to the pin but even they seem to be overestimating the votes/seats that the others will get in these elections. Agreed that there are multiple issues at play in different regions like Urban North, Rural North, Kongu, Delta and South regions but as we near the polling date, the momentum is with the DMK alliance and they are all set to repeat its 1996 performance when it won 224 out of the 234 assembly seats  getting a whopping vote share of 54%.

I can hear my fellow BJP/ADMK supporters sharpening their knives in twitter for this pessimistic outlook so let me articulate the logic behind my forecast.

One may ask if this is indeed the case, why is the feeling in social media and quiet a few mainstream media that this election is far closer than what I project it to be? My take is that ADMK’s IT cell and media managers have done an excellent job of creating a narrative that it has narrowed the gap. While that is true to some extent and we can expect wafer thin victory margins  in many seats as it happened in Bihar, but on the ground the arithmetic and the chemistry favors the DMK alliance and they are all set to storm into the Fort St. George with brute force majority.