Are we in danger of losing the India Story? How can we reclaim it? 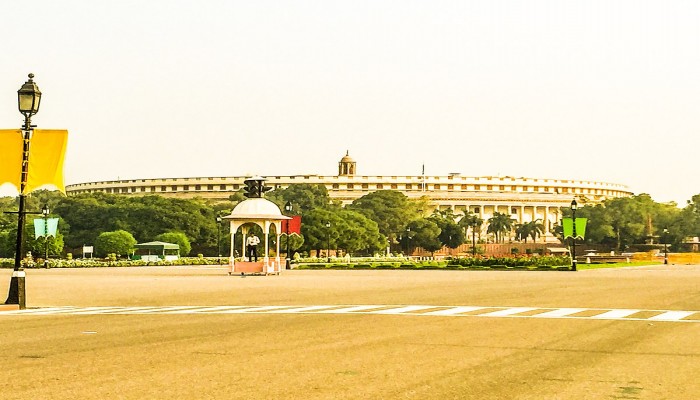 Apart from the monumental corruption, destruction of institutions & a criminal intent to hold the country back, the worst crime by far has been the insidious encouragement of the disease of cynicism to creep & eat into our innards leaving us hollow by those who held power for decades.

A billion people expected nothing because they had come to believe no one, trust no one & lived in a perpetual state of gratefulness for a roof over their head, water, a few hours of electricity, a much sought-after LPG cylinder, an education, a berth on a train & perhaps a hospital bed when required.

We were a Nation bound to Little Men on Seats of Power from birth to death.

Both certificates, arrival & departure were at the mercy of these men, civil servants, a misnomer if there was one, helped along of course with graft & our acquiescent spine.

The system elevated select little men to positions of power who held our life & future in their palm, beholden & servile only to the powers above, degrading us each time with Kal Aana & reducing us to subservient jelly.

It then became the ultimate aspiration of families to have one offspring at least with a government job, who in turn had the power to twist their own knife.

It was rarely discussed if a young person was eager to make a difference. Conformity was the rule & falling into line with a bent backbone, expected.

Seekh Jayega could be interpreted in multiple ways.

In such times Bahut Paisa Banayaa was not embarrassing but a proclamation of success because Bahut Paisa Kamaaya was next to impossible unless you could claim a Mai Baap in the right place to cut through licenses, permissions, humongous paperwork & sheer cussedness.

Even after, that do not for one moment be mistaken that earning & creating wealth was admired when it was in fact it was always suspect.

The term, businessman was a sneer & profit a dirty word.

The wealthy were synonymous with Kala Dhan & showcased in Bollywood with crime, & debauchery while the good man was almost always poor or lower middle class. His lack of ambition was his badge of honor. His ordinariness encouraged as a sign of a non-threatening citizen who didn’t question those above him in the pecking order.

For all you know it might have been a state policy, to crush the spirit of the citizenry. It can be said that those who made it, did it in spite & despite the ruling establishment.

It was perhaps a certain naivety & trust that we exchanged our colonizers for these rulers who had no doubt learnt well from them. They not only moved into their houses with high walls and gates but also used every part of the state machinery against us.

In this black & white single channel Doordarshan, news-read-to-us scenario, which many hark back to, as the good old days, our quest for basics, left us with no time or strength to ask questions & seek answers from the exalted.

And when we did, predictably things were hushed, buried, left unanswered. The same people accused of the worst crimes continued as judge & jury.

Murder, rape, corruption, drunk driving all sorted out within an Old Boys Club.

And yet religiously we read the papers every morning taking them for gospel truth. Not for one moment doubting their veracity, despite our national cynical character, but believing every written word of progress, development, snail paced no doubt because we were a poor Third World Country, you see.

Hence the shock to the old establishment & it’s pliant ecosystem that today we people want more, we ask for more, we expect more.

~What happened to you? ~ They wonder

Politicians accustomed to power for generations have nothing to say or offer in this new scenario & end up sounding hilariously disconnected.

Their minions scurrying in panic to prop them up at any cost because their lives depend on it.

Among us however the old disease isn’t easy to shed. It creeps back & rears its head ever so often despite the many unimaginable changes we see now.

~Just watch nothing will happen~

We may be not far off the mark. But by not expecting anything we hand over our power as citizens & give them a free pass, returning to the old days.

Not long-ago to procure cement to build a house, a ‘contact’ was necessary. To get a phone connection an uncle in the right place.

We stood in long queues for milk & became hoarders of sugar & kerosene because who knew when it was next available.

Each one of us in our little own way was reduced to cynical criminality which was blended into & normalized in our way of life.

To throw a ‘runner’ on someone else’s electric connection, ‘adjust’ our electricity meter, get the telephone linesman to ‘accommodate’ STD calls on our neighbor’s bill, to extend our balconies or add a room with an ‘arrangement’ with the municipality, didn’t prick our conscience in the least. Our petty thieving was overlooked & we returned the favor, believing that this is what the powerful are entitled to.

Over generations the price was paid & how!

To see & yet avert our eyes to loot, to allow crime to go unpunished, the powerful escape incarceration, destroys the value system of a society & breaks its spinal column.

The natural progression then from quiet, fatigued acceptance of the ordinary citizen is anger, defiance, insecurity making him ungovernable & his belief that there is little that can stop him from doing the same….

We see that on our roads, in our cities, on our new trains, affecting our everyday life.

It came at a time when we had become suspicious & doubted what we saw on television & what we read in the morning papers.

Could it be possible that those who ruled us and the watch dogs were in bed together? That realization was a watershed moment for India which caught the Darbaris by surprise. No wonder there’s an intense dislike for this medium.

At last there is a platform which allows us to push, demand, question institutions & the powerful which we never did before. It allows us to vent, to rant, an anger long suppressed.

Don’t succumb to cynicism - It not only kills you but your child’s future too, leaving him angry & encumbered for life.

~Cynicism masquerades as wisdom, but it’s the furthest thing from it. Because cynics don’t learn anything. Because cynicism is a self-imposed blindness, a rejection of the world because we are afraid it will hurt us or disappoint us.

Saying Yes is how things grow ~ 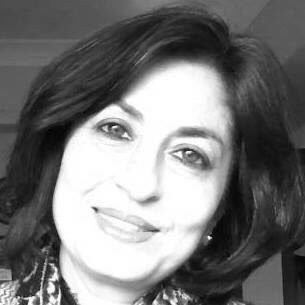