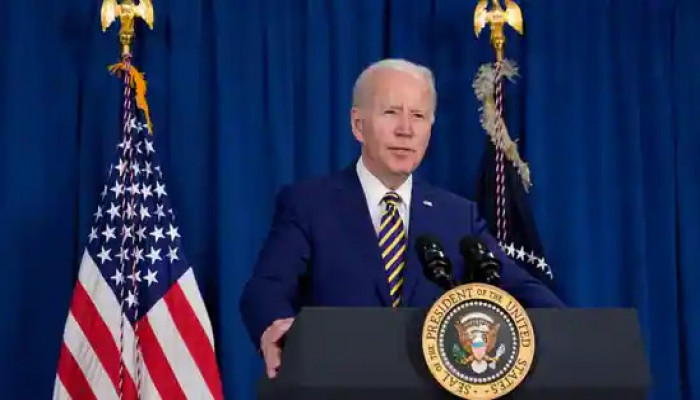 United States president Joe Biden on Friday said lawmakers had finally responded to the demands of families whose loved ones had died in various tragic shootings over the past years by clearing legislation 'to address the scourge of gun violence in our communities'.

The Senate easily approved a bipartisan gun violence bill on Thursday (June 23) that seemed unthinkable a month ago, setting up final approval of what will be Congress’ most far-reaching response in decades to the nation’s run of brutal mass shootings.

Biden said the legislation would help protect children in schools and make communities safer and called on the House to 'send it to my desk'.

"Tonight, after 28 years of inaction, bipartisan members of Congress came together to heed the call of families across the country and passed legislation to address the scourge of gun violence in our communities. Families in Uvalde and Buffalo – and too many tragic shootings before – have demanded action. And tonight, we acted," Biden said in a statement released by the White House.

Biden has repeatedly pushed for more substantial reforms on gun control, including a reinstatement of the ban on assault rifles - which were used in both the Texas and New York shootings - and high-capacity magazines.

He has also criticised the United States Supreme Court for having struck down a New York state law restricting people from carrying guns in public without a permit. "This ruling contradicts common sense and the Constitution, and should deeply trouble us all," he said.

It also provides funding to incentivise states to implement "red flag" laws to remove firearms from people considered a threat.

And it closes the so-called "boyfriend" loophole, under which domestic abusers could avoid a ban on buying firearms if they were not married to or living with their victim.

"Tonight, the United States Senate is doing something many believed was impossible even a few weeks ago: we are passing the first significant gun safety bill in nearly 30 years," Senate Democratic majority leader Chuck Schumer said after the legislation passed.

"The gun safety bill we are passing tonight can be described with three adjectives: bipartisan, common sense, lifesaving."

His Republican counterpart Mitch McConnell said the legislation would make America safer "without making our country one bit less free."

"This is a common-sense package. Its provisions are very, very popular. It contains zero new restrictions, zero new waiting periods, zero mandates and zero bans of any kind for law-abiding gun owners."