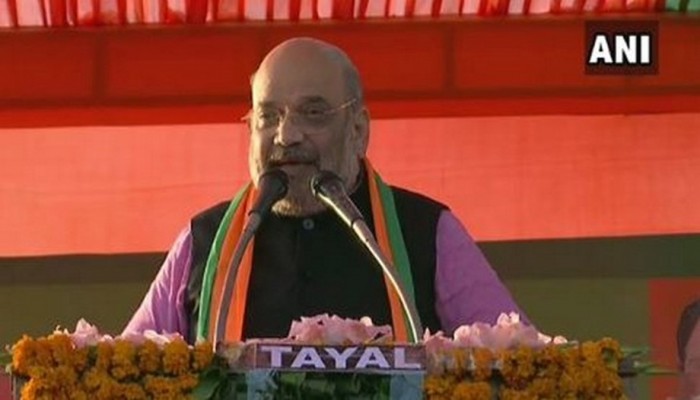 Below is an open letter to you and the Government of India in general to alert you of increasing anti-India activities in Universities around the United States.

Subject: Funding of Anti-India Chairs and Professors in U.S. Universities.

The contemporary Indian political landscape often mirrors situations in academia around the world and is also prevalent in the university systems around the United States.  India Studies programs already have or are in the process of being taken over by the Abrahamic, Christo-Islamic lobbies.  Studies involving India and the Indian subcontinent are being taken over by anti-India entities and programs are being renamed as South Asian studies.  Since academia is traditionally a leftist entity, the content of these programs for almost 60-70 years have had a stronghold on defining the narrative on India - glorifying the barbaric Mughals and slightly less so the British colonizers and at the same time demeaning pagan and Hindu practices by framing everything in a highly biased - caste, Hindutva or poverty and "backward" narrative.

For example, Universities in the United States often partner up with the Indian Diaspora to fund Chairs and Professorships worth millions of dollars, give the donors zero say in the type of person they would like to get hired and then in turn, hire anti-India "scholars" who spend their time glorifying outside conquers and brainwashing college youth.  One important question the diaspora should ask is why this phenomenon and practice as prevalent as it is?  For example, why would I donate money to a university where my child attends to have my child be actively brainwashed against his/her own culture, traditions and belief systems?  Are Indians not politically smart, or are they deliberately funding self-harm?

For example, lately the Tamil community is busy funding Tamil Chairs around the United States.  They seemed to have learned nothing from the failed attempts for similar initiative(s) in California.  Unless, the Tamils actually think of themselves as being separate from the rest of Indo-Hindu civilization and have already disassociated with their true identity!  There is a strong Dravidian movement in vogue which is anti-everything; anti-Northern India, anti-Hindu, anti-India, to define the spectrum or range.  This imagined elitist attitude seems to be the driving force for the Tamils busy fundraising for the Tamil Chairs and Professorships around University campuses in the United States.  If these Tamils actually cared about India as a whole, they would -- 1) learn from previous faux pas of similar initiatives; 2) raise funds for universities to retain pro-India faculty instead of wasting the fund-raised money on South Asian "scholars" who in turn would brainwash their own children against themselves; 3) demand a role in the hiring process instead of trusting the corrupt university systems.  After all, it is foolish to throw one's money away without doing any homework on the subject.

The Tamil Nadu State government seems to be backing this initiative as well, which is highly disturbing.  This bad business idea should alarm all Tamils, and Indians as a whole - in India and the United States.  These groups have the audacity of asking other, Central Government entities and personalities within the Government of India to help fund anti-India Chairs and Professors with the tax monies of those who actually do pay taxes in India.  One thing to note is that many of these monies go to fund a fast-declining and irrelevant sub-component of academia - the struggling, almost-dead humanities.  Many of the biased humanities "scholars" end up in failed departments or made up disciplines such as film studies or women's studies and have little to no impact on a college student who is forced to take "diversity" courses as part of his/her academic course load fulfilment.  Given the struggling economy, students seem to be figuring out which classes are actually helpful in obtaining future employment and they could not care less whether the Taj was built by Shah Jahan or Shah Rukh.  They are simply enrolled in insignificant courses because their advisor has told them to do so.  If this is the case, then in reality, the joke is on the flailing academic institutions pretending to hold on to a fake sense of equality and diversity in the post MeToo world.  The bigger joke is on the clueless donors such as the Tamil Chair and Professorship funders for not seeing the reality on the ground.

While millions of dollars are spent on covert and overt lobbying by Christo-Islamic nations and groups, why are Indians as a whole gullible and seeking to continuously brown nose and boot lick Muslims and Christians who eventually end up running India programs around the United States?  What should be the role of individuals in India and the U.S., of State governments, of the Government of India and Ministry of External affairs in monitoring the increasing anti-India funding originating from India ad ending up overseas to fund anti-national activities?

Mr. Shah, this is an honest plea to look into this matter sooner rather than later.  India is a strong, democratic nation and it is imperative to put an end to this long-standing brainwashing of future generations around the world with Indian taxpayer monies.