An Analysis of Demographic Dynamics of India and Indonesia 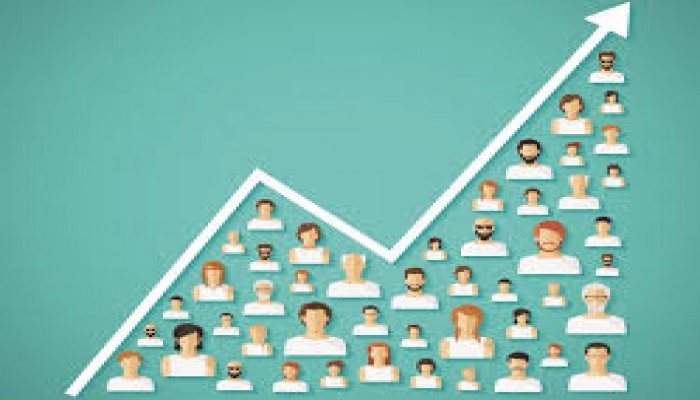 This column analyses demographic dynamics of India and Indonesia, two Indo-Pacific countries with large populations (about one-fifth of the global total) and diverse geography, with significant socio-economic variation among its regions.

The population projections are primarily based on the United Nations, 2019 Population Revision, and use medium fertility trend assumptions. If lower or higher fertility assumptions are used, and if confidence intervals are taken into account, projected figures will differ significantly. This is illustrated for total global population in Figure 1. For select indicators, other sources, are also used.

Figure 1 Variations in Global population Based on Fertility Rate Assumptions, and Confidence Intervals

The policy implication is that these projections should not be accepted without subjecting to rigorous country and regional level projections, for which robust capabilities must be built. Many economic, social, and other policies require such projections, and their quality has important bearing on the extent to which policy objectives can be realized.

On the basis of select demographic indicators provided in Table 1, the following observations may be made.

Indonesia is projected to age more rapidly than India. In spite of having lower share of population over 65 years in 2020, its share will be much higher in 2040 and 2050.

(4) It is not just the share, but the absolute number of aged in India and Indonesia that would pose challenges in devising social protection policies, particularly health care access, affordability,

and affordability. Both countries are taking commendable initiatives to address the health care challenges. The Wuhan, China (covid-19) pandemic has given added impetus to their health care initiatives.

In 2020, India had 90 million and Indonesia 17 million persons aged over 65, but by 2050, these number are projected to be 225 million and 53 million respectively. This implies rapidly increasing absolute number of aged persons. The policymakers need to address both the absolute level and the pace of ageing.

In India, the first phase of the fifth round of the National Family Health Survey (NFHS-5) was conducted in 2019-20 and its findings were released in December 2020. The fourth round of NFHS was conducted five years ago in 2015-16.

On the basis of TFR data in select states and Union Territories, the following observations may be made.

First, Except for Bihar, Meghalaya and Manipur, all the other sample states have TFR lower than the replacement rate. In the three states exhibiting above replacement level fertility rate, there has been decline in TFR.

Second, only state exhibiting hight TFR is Kerala, from 1.6 to 1.8. This requires more searching examination, particularly the hypothesis that changing ethnic composition has led to increase.

Third, declining TFR implies changing patterns in cross-state workers; and greater pressure to improve productivity of land, labour, and capital if the living standards are to further improve and meet aspirations of people.