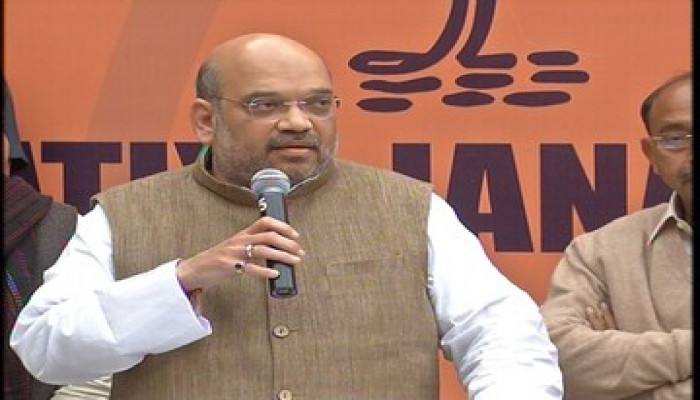 Union Home Minister Amit Shah on Friday slammed the Congress party and said that it could lend its cooperation in the National Herald probe money laundering case as per the law.

He also stated that Congress chose Friday for protest to subtly oppose the groundbreaking of the Ayodhya Ram Mandir by Prime Minister Narendra Modi on this day 2 years ago, Republic reported.

"Congress should be responsible and must co-operate as per the law. The matter is going on the basis of complaints that have been filed. As far as ED is concerned, everybody should respect the law and order situation in the country," Amit Shah said.

When asked about Congress' protest against the government today, Shah said, "Congress chose this day for protest and wore black clothes because they want to give a subtle message to further promote their appeasement politics because on this day itself Prime Minister Modi laid the foundation of Ram Janambhoomi."

He added, "ED hasn't interrogated or raided anyone today. I don't know why this 'black shirt' protest has been done today. Appeasement politics is not good for the country or Congress. The current condition of Congress is due to appeasement."