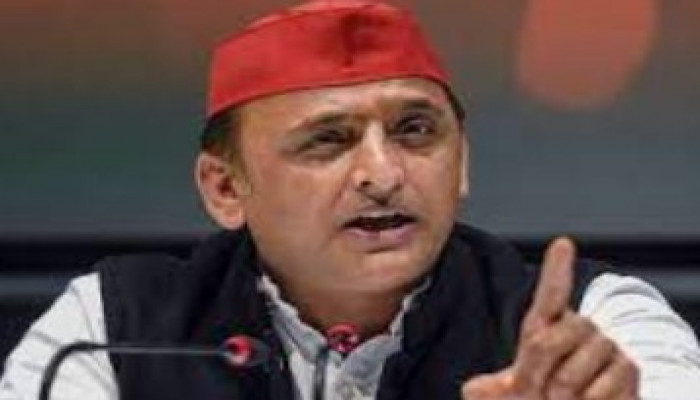 Following a huge turn of events on Wednesday, SP chief Akhilesh Yadav met AAP's UP in-charge Sanjay Singh, leading to speculation that the SP-AAP alliance is imminent. According to sources, they discussed seat-sharing and other options for the upcoming Uttar Pradesh elections for about an hour at the Janeshwar Mishra Trust's office in Lucknow.

Besides Keshav Dev Maurya, sources tell news portals that Yadav also spoke to the mother of Union Minister Anupriya Patel, Krishna Patel, who leads her faction of the Apna Dal.

Without explicitly ruling out an alliance with Samajwadi Party, AAP MP Sanjay Singh told Republic TV, "Today, the most important aspect of today's discussion was on how to help UP get rid of BJP's misgovernance. We had a discussion on a common agenda pertaining to this. We talked about problems pertaining to law and order, farmers, unemployment and electricity".

Speaking exclusively to Republic TV, SP spokesperson Abbas Haider remarked, "All like-minded parties are coming together with Samajwadi Party. The public of Uttar Pradesh knows well that only Samajwadi Party is going to defeat BJP. I would rather say that it will be a clean sweep in the 2022 election".

Haider revealed that the RLD, AAP, and AIMIM have not formed an alliance with any of these parties about Akhilesh Yadav leading the opposition alliance. “The RLD is talking with Samajwadi Party and a coalition will come together soon. AAP is also talking with Samajwadi Party. I am not sure about other parties. Akhilesh Yadav is the leader of the 2022 coalition”, he said.

As of 2017, the BJP had won 312 seats in the 403-member House of Assembly, while the BSP could only win 19. Alternatively, the SP-Congress alliance did not succeed, as it only won 54 parliamentary seats. As for the UP elections in 2022, Akhilesh Yadav has ruled out any alliance with Congress or BSP, but has hinted at siding with his uncle Shivpal Yadav.

In terms of alliances, SP is partnering with Mahan Dal and Om Prakash Rajbhar's Suheldev Bharatiya Samaj Party. According to sources, Rashtriya Lok Dal could be allocated 30-35 seats for the UP elections in 2022, amid speculation over Jayant Chaudhary's meeting with Akhilesh Yadav on Tuesday. Announcing an alliance with SP on Wednesday, Krishna Patel announced that her party will join forces with his. Neither Yadav nor UP CM Yogi Adityanath have decided whether to contest the Assembly elections.