AAP's door step ration delivery struck down by the court 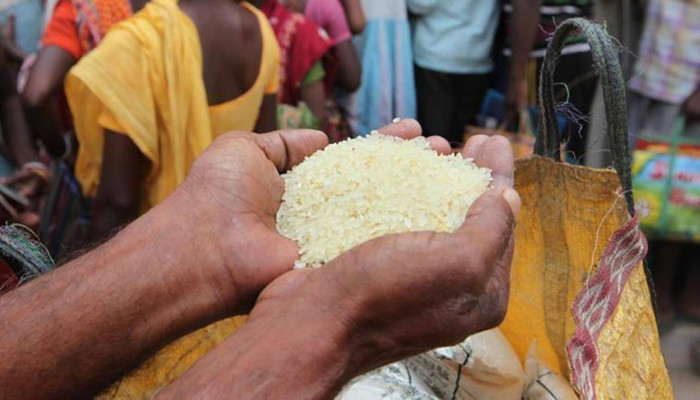 In a major setback to the Aam Aadmi Party (AAP) government in Delhi, the High Court has stayed the Mukhya Mantri Ghar Ghar Ration Yojana (MMGGRY), a doorstep ration delivery scheme. The scheme proposed to use private dealers to deliver ration at people’s doorsteps. It was going to create a parallel set-up to distribute food grains under the public distribution system (PDS).

The Centre allocates food grains at subsidised rates for monthly distribution to all states and Union Territories under the National Food Security Act (NFSA). It covers the Antyodaya Anna Yojana (AAY) and Priority Household (PHH) categories of the act. The ration cardholders under AAY receive 35 kg ration per family per month while PHH categories receive it at the scale of 5kg per priority household per month.

A bench of Acting Chief Justice Vipin Sanghi and Justice Jasmeet Singh said the Delhi government is free to bring another doorstep delivery scheme but it cannot use grains provided by the Centre for this doorstep scheme.

The state government was set to roll out the scheme on 25 March 2021, and again in mid-June. Both times, Lt Governor Anil Baijal opposed it. The argument was that the Delhi government had called it the “Mukhya Mantri Ghar Ghar Ration Yojana”. Days before its first scheduled launch, the Union Ministry of Consumer Affairs objected to the “Mukhya Mantri” part of the name.

The fight has continued. The scheme had become a flashpoint between the Centre and the AAP led state government, with the former saying that the plan violated provisions of the NFSA and would deprive migrants of food grains, and the latter pointing out that it would root out the ration mafia and ensure that all beneficiaries received their share.

Considering the objection, the Kejriwal government dropped the word ‘Mukhyamantri’ from the name of the scheme and decided to implement it under the existing NFSA Act. However, the file of the scheme sent to LG failed to get his approval.

The high court had on 27 September allowed the Delhi government to implement the doorstep delivery scheme of rations and deduct the supply being given to fair price shops in proportion to the beneficiaries opting for doorstep delivery. On 15 November, the Supreme Court had declined to entertain two separate petitions (one by the Centre and another by FPS owners) against the Delhi high court interim order.

The high court had on 10 January reserved its order on the pleas by petitioners Delhi Sarkari Ration Dealers Sangh and Delhi Ration Dealers Union after holding extensive hearings.

In January, the DSRDS told the court that the scheme fell foul of the law, including the National Food Security Act (NFSA).

“The state government does not have the power to make any such scheme without the concurrence of the L-G (Delhi lieutenant governor) and the central government,” the DSRDS argued.

It also said that any notification pertaining to the food security law has to be mandatorily published under the signature of the L-G.