A night at a Kashmiri refugee camp â why the children wanted to hear stories again?Â  Â 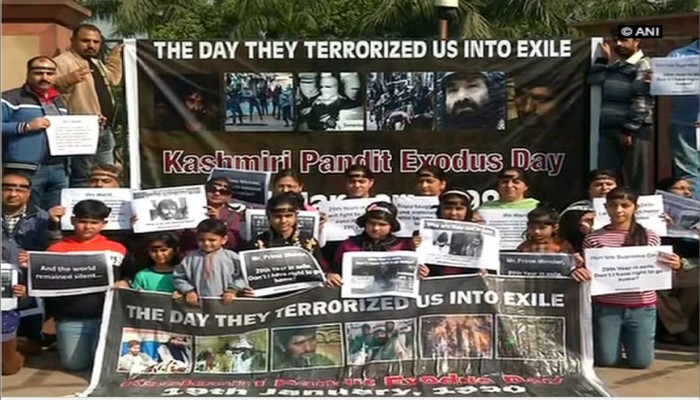 The phone had rung for so many times that I had lost count. It was my wife calling up .It was already midnight and I was very sleepy.

Rajat, the children are not sleeping and neither letting me sleep. They have told me many stories from their life and now they are asking me. I am telling them they have school   tomorrow but no one seems to listen. My wife’s voice came over the phone.

My wife and I were staying back and spending a night at the Kashmiri refugee camp. She was sharing a room with the girls, all children. I was with the boys. After a daylong workshop with the children, some of the elders had joined in and told us about the   conditions in the camp. Please stay here at least for a single night if you want to understand how we live and what we go through every day. The thought of going back to our hotel’s comfort after a long and tiring day and a grueling   workshop was alluring but the pain in their voice had held us back. We had decided to stay for the night, Nidhi with the girls and I with the boys.

What are they asking you? I asked Nidhi, Can’t you just shut them up saying they have school tomorrow and need to sleep. We do that to our daughter every day, I tried to tell her. “I can’t do it, they are pleading with me. The girls are asking me tell them a story before going to sleep. Now telling stories is not mine but your forte. I told them that uncle will tell them tomorrow but they don’t seem to listen.  They are saying call uncle here and ask him to tell a story. Even their mothers     are saying they haven’t seen this behavior in them .what do I do?”  Then she asked. Aren’t the boys doing something similar .she asked?

“They are fast asleep I told her. We discussed cricket, Sachin Tendulkar and why he is not in form, the gym they have built and some bodybuilding tips for the older ones. That was the end of it and they fell asleep.”

My mind went through the workshop in slow motion. Our team of psychologists and art therapists had   conducted an art workshop. The children had expressed through art many themes, their running away from home with their families in the middle of the night, their fear that they will be raped (the slogan blared from mosques that leave your women behind in Kashmir to create Pakistan) and their constant humiliation at being called a campwallah, growing up in camps with no sense of privacy. But I was puzzled as I walked towards the hall.

I had thought a few stories would suffice. I had exhausted my stories of Panchatantra, all epics and then only they had fallen asleep one by one. Two of the girls had  come  and  laid  their head on my  wife’s  lap and  the demand  for it for  was  so overwhelming that we had to draw lots. The mothers of the children had stayed awake and the some of the fathers had joined too for a while.

A small incident as some as they would say. What is the big deal if some children demand to hear   stories? But this incident tells another story.