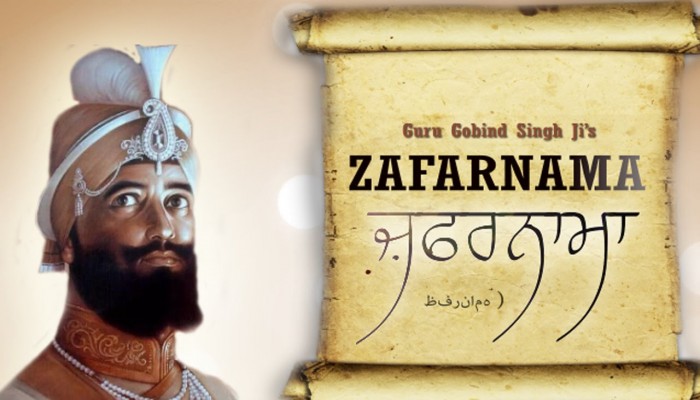 As tension between Chinese and Indian forces is refusing to die out since May 2020. Both the forces are responding to each other aggressively. However, real escalation came to pass on 15 June 2020 when armies of two nations exchanged bloody melee. Brouhaha on these blood curdling skirmishes in the media caught attention of the world. Western countries expressed solidarity with the Indian stand on the border issues and angst against China. China on the other hand refused to budge and remained glued to its adamant postures on border issues. China despite being on receiving end attempted to carry out another unilateral military aggression against India on intervening night of 29 and 30 August 2020 at the Pangong Tso Lake. The envious intentions of China are laid bare now. The greed of gobbling up land and resources is her commonplace strategy. Self-asserted middle kingdom is getting obstreperous to satiate her huger of becoming the only supreme power in the world.

Chinese roughshod revives dark memories of Aurangzeb who loved to call himself ‘ALAMGIR’ means a conqueror of the world and embarked on military might to trample upon humble kingdoms challenging his ruthless authority. Aurangzeb went berserk to establish his hegemony on the holy land of ‘Bharat’. However, to his dismay every single cranny of this land rose to oppose his tyranny. Erosion of humanity due to his naked brutalities gave rise to upheaval in Hindustan. No strata of the society remained silent and everyone from rag to rich and King to Sanyasi countered Aurangzeb with equal zest. Punjab inter alia threw up a spanner in the ambitions of Aurangzeb under the helms of Guru Gobind Singh a lion hearted Sikh Guru.

Guru Gobind Singh’s unimpeachable character and reverence for him in society peeved Aurangzeb, just like Indian ascendance is pricking in the eyes of China. Guru Gobind Singhji developed an esprit de corps in his followers. Marshal spirit of Gobind Singhji was never bereft of a spiritual foundation. His Khalasa soldiers would wield rosary in one hand and sword in another. It was a sterling confluence of ‘Shastra’ and ‘Shaastra’

At behest of Aurangzeb two Mughal soldiers battled with a band of Sikhs in which Mughals were defeated and their commander namely Pinda Khan was killed by Guru Gobind Singhji. Though the Mughal army was routed in the battle they refused to smoke a peace pipe. Anandpur turned into a battlefield and for three years local hill kings and Mughals pulled up all stops to conquer Anandpur but it remained a chimera for them due to stiff resistance of Sikhs.

The current political situation in India is not different from the then entrapment in Anandpur. Local parties who shook hands with China are uniting against the interests of India. Instead of unanimously standing up against a mighty enemy, they are cracking open schism within a country and grinding axe. When a country is under threat from external aggression real strength of democracy is put to test. It is a time when resistance in unison is necessary. However, some political parties are always inclined to earn brownie points by keeping their narrow political advantages at high pedestal which turns democracy, a highest political mechanism in a world hapless.

Finally, in the winter of 1704 after fierce combat between rival forces enemy forces laid siege to Anandpur and cut off all water and food supplies. Situation in city gradually worsened. A message came from Aurangzeb authenticated by vowing on Quran assuring safe passage for Guru and his entourage if he evacuated Anandpur. Ultimately to avoid starvation of his loved ones Guru Gobind Sigh Ji agreed to leave. His party consisted of his mother, Mata Gujri, his two wives and four sons along with five hundred Sikhs. The Guru’s Party was attacked by enemy force as they reached the bank of the river Sirsa. The royal promise was a ploy to kill Guru Gobind Singhji. However, the Sikhs fought fiercely with enemy forces. Ude Singh, one of the Guru’s most skillful commanders mounted a rearguard action—and died in the process—to allow the others to cross the river. Several Sikhs died in the chilly waters and the party dispersed in the confusion. Mata Gujri, the Guru’s mother, along with his two younger sons, Zorawar Singh and Fateh Singh, were escorted by an old retainer, Gangu, to his village; the two wives were escorted to Delhi. The Guru was left with his two elder sons, Ajit Singh and Jujhar Singh, and a band of forty Sikhs. Chased by a reinforced Mughal army, he reached a small mud fortress in the village of Chamkaur. 22 December 1704, witnessed a rare battle in the chronicles of gallantry, Sikhs came out in batches of five to meet the huge Mughal army. Each man fought his way to a brave death. Both sons of the Guru, Ajit and Jujhar, as well as two of the original Panj Pyaras-Mohkam Singh and Himmat Singh, who caused havoc in Mughal ranks were killed in hand-to-hand combat. At the end of the day the Guru was left with only five Sikhs. They entreated him to escape, saying that if he lived the Khalsa would flourish. With five Sikhs at his command, Guru Gobind Singh left the fortress, extinguishing the night torches. Three of the Sikhs caught up with him while the remaining two fought till their last breath.

Guru roamed alone in wintry nights in forest of Macchiwara, without food or shelter. Finally, Guru Gobind Singhji reached Jatpura where he heard about the tragic saga of his mother and two younger sons. Servant Gangu, betrayed his mother and two sons and handed them over to the Nawab Wazir Khan of Sirhind. Nawab offered two young boys aged eight and six, blandishments to convert into Islam, but they refused and paid a cost with their lives. Both of them were stashed in wall alive, and after hearing this news mother of Guru died out of a shock. Guru Gobind Singhji responded to this news with poise and thanked God for giving him opportunity to sacrifice his belongings to him in the service of God. He then proceeded to village Dina where he received a conciliatory message from Aurangzeb inviting Guru to meet him in the Deccan. Guru then responded with a letter called Zafarnama which means epistle of victory and dispatched it to Aurangzeb with the help of two Sikhs- Daya Singh and Dharam Singh.

Following the tradition of Guru Gobind Singhji,India signed major agreements in 1993, 1996, 2005, 2012 and 2013 with China to maintain a peace and tranquility in the border areas. Like Aurangzeb, China betrayed trust of India every time and all the signed treaties were executed with an intention to violate. Though adhered to the terms and conditions of agreements, China responded with breach of trust and hatred. On June 15th 2020, 20 Indian soldiers lost their lives in bloody skirmish. It was the final nail in the coffin of Indian trust reposed in China. Now India has decided to play by rules of ‘Zafarnama’. Chinese recidivism is now unpardonable and therefore there is no other suitable shining guide other than Zafarnama in these circumstances.

Zafarnama is in Persian language and it is a composition of 111 verses. A guiding spirit of this epistle is matchless even today, especially in India and China conflict. The basic theme of Zafarnama teaches about the power of almighty God always rest with a person who follows his ‘Dharma’. Guru states that God is mightiest of emperors and guide without peer, he is unique and beyond compare. The intention was to draw attention of Aurangzeb to the fact that though he calls himself an ALAMGIR the prowess of the God is supreme and matchless therefore he should not consider himself the most powerful king. After narrating qualities of God, Guru Gobind Singh goes on to state that “he has no faith in the oath Aurangzeb swears, not an iota of trust in him whose ministers and generals are all liar and untrue”. “Oaths on Quran are bound to be wretched at the end and destroyed, beyond reprieve”. “His army would not have crippled had the false oath on Quran not been believed by him” says Guru. “How can forty brave but hungry men expected to defend when countless enemy hordes swoop down on them”. Then comes the oft quoted line in the Guru’s letter

“When all has been tried yet justice is not in sight, it is then right to pick up a sword, it is the right to fight”

Narendra Modi visited Indian soldiers in Leh on the 3rd of July 2020 and invoked Lord Krishna by saying that we follow Sudarshandhari Krishna as our ideal and with this inspiration India has emerged stronger after every attack. It is pertinent to note that both Guru and Modi have placed the ideal of almighty God in front of them while responding to their enemy and duo have stuck a common note by saying whenever it is necessary we are ready to enter into an armed conflict at behest of almighty God. The PM said “If India is growing its power at all levels, i.e. water, land, sky and space, then the goal behind it is human welfare”. The intention of PM therefore is loud and clear, India is empowering herself for the benefit of humanity and not to attain merely a mortal dominance. It would not be wrong to state that both Guru and Modi are in sync on the point of Dharma Yuddha with the enemy.

An unequivocal message to China is that causalities of Indian soldiers will not be tolerated, Pipedreams of peace will not be nurtured, land will not be surrendered, agreements made with an intention to be broken will not be signed, humiliation and betrayal will not be taken lightly. Now, India is a resolute nation and will go to any extent for peace and prosperity of not only her own citizens but of entire humanity. Every inch of land which has been treacherously wrested off from India will be recovered and India will bat against atrocities committed by any country on its own people. This is a New ZAFARNAMA of India in the 21st Century.

Image Credits: My Malice and Bias