A Holocaust that everyone Forgot 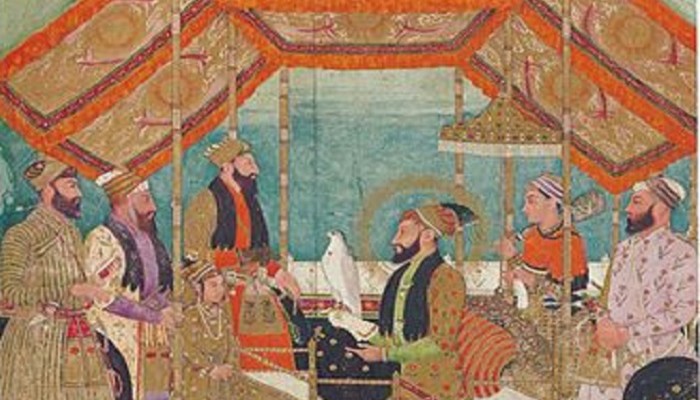 Islam has had a great impact on the world as we know it today. As political Islam grew and many ancient cultures and empires fell, the world witnessed a huge upheaval. In India also impact of Islam was felt, however a fair documentation of this impact has never been recorded. For better or worse, there has been no exhaustive and impartial documentation on how Islam affected the existing dominant culture and lifestyle of indigenous people.

The oppression suffered by the Hindus of India at the hands of Arab, Turkish, Mughal, and Afghan occupying forces for a period of 800 years is yet to be formally recognized by the world.  We only remember the genocide of the Jewish people at the hands of the Nazis.  If Hitler was a “madman, a murderer, and evil, then what does that make Islamist conquerors?

The suppression of Hindus in India was even greater. The big difference being that it lasted for 800 years, until “the brutal regimes were effectively overpowered in a life and death struggle by the Sikhs in the Punjab and the Hindu Maratha armies in other parts of India in the late 1700’s.”

There is elaborate literary evidence of the World’s largest holocaust from existing historical eyewitness accounts.  The historians of invading armies of rulers of India have left very detailed records of the atrocities that were committed in their daily encounters with the Hindus of India.  Following are some quotes from modern historians.

Koenraad Elst  writes in his book “Negationism in India”:

“The Muslim conquests, down to the 16th century, were for the Hindus a pure struggle of life and death. Entire cities were burnt down and the populations massacred, with hundreds of thousands killed in every campaign, and similar numbers deported as slaves. Every new invader made (often literally) his hills of Hindus skulls. Thus, the conquest of Afghanistan in the year 1000 was followed by the annihilation of the Hindu population; the region is still called the Hindu Kush, i.e. Hindu slaughter.”

Will Durant argued in his 1935 book “The Story of Civilization: Our Oriental Heritage” (page 459):

“The Mohammedan conquest of India is probably the bloodiest story in history. The Islamic historians and scholars have recorded with great glee and pride the slaughters of Hindus, forced conversions, abduction of Hindu women and children to slave markets and the destruction of temples carried out by the warriors of Islam during 800 AD to 1700 AD. Millions of Hindus were converted to Islam by sword during this period.”

“The massacres perpetuated by Muslims in India are unparalleled in history, bigger than the Holocaust of the Jews by the Nazis; or the massacre of the Armenians by the Turks; more extensive even than the slaughter of the South American native populations by the invading Spanish and Portuguese.”

Writer Fernand Braudel wrote in A History of Civilizations (1995), that Islamic rule in India as a “colonial experiment” was “extremely violent”, and “the Muslims could not rule the country except by systematic terror. Cruelty was the norm – burnings, summary executions, crucifixions or impalements, inventive tortures. Hindu temples were destroyed to make way for mosques. On occasion there were forced conversions. If ever there were an uprising, it was instantly and savagely repressed: houses were burned, the countryside was laid waste, men were slaughtered and women were taken as slaves.”

“From the time Muslims started arriving, around 632 AD, the history of India becomes a long, monotonous series of murders, massacres, spoliations, and destructions. It is, as usual, in the name of ‘a holy war’ of their faith, of their sole God, that the barbarians have destroyed civilizations, wiped out entire races.”

Irfan Husain in his article “Demons from the Past” observes:

“While historical events should be judged in the context of their times, it cannot be denied that even in that bloody period of history, no mercy was shown to the Hindus unfortunate enough to be in the path of either the Arab conquerors of Sindh and south Punjab, or the Central Asians who swept in from Afghanistan…The Muslim heroes who figure larger than life in our history books committed some dreadful crimes. Mahmud of Ghazni, Qutb-ud-Din Aibak, Balban, Mohammed bin Qasim, and Sultan Mohammad Tughlak, all have blood-stained hands that the passage of years has not cleansed..Seen through Hindu eyes, the Muslim invasion of their homeland was an unmitigated disaster.

“Their temples were razed, their idols smashed, their women raped, their men killed or taken slaves. When Mahmud of Ghazni entered Somnath on one of his annual raids, he slaughtered all 50,000 inhabitants. Aibak killed and enslaved hundreds of thousands. The list of horrors is long and painful. These conquerors justified their deeds by claiming it was their religious duty to smite non-believers. Cloaking themselves in the banner of Islam, they claimed they were fighting for their faith when, in reality, they were indulging in straightforward slaughter and pillage…”

A sample of contemporary eyewitness accounts of the invaders and rulers, during the Indian conquests:

The Afghan ruler Mahmud al-Ghazni invaded India no less than seventeen times between 1001 – 1026 AD. The book ‘Tarikh-i-Yamini’ – written by his secretary documents several episodes of his bloody military campaigns : “The blood of the infidels flowed so copiously [at the Indian city of Thanesar] that the stream was discoloured, notwithstanding its purity, and people were unable to drink it…the infidels deserted the fort and tried to cross the foaming river…but many of them were slain, taken or drowned… Nearly fifty thousand men were killed.”

Timur was a Turkic conqueror and founder of the Timurid Dynasty. Timur’s Indian campaign (1398 – 1399 AD) was recorded in his memoirs, collectively known as ‘Tuzk-i-Timuri.’ In them, he vividly described probably the greatest gruesome act in the entire history of the world – where 100,000 Hindu prisoners of war in his camp were executed in a very short space of time. Timur, after taking advice from his entourage says in his memoirs:

“they said that on the great day of battle these 100,000 prisoners could not be left with the baggage, and that it would be entirely opposed to the rules of war to set these idolaters and foes of Islam at liberty.

“In fact, no other course remained but that of making them all food for the sword’

Timur thereupon resolved to put them to death. He proclaimed:

“throughout the camp that every man who has infidel prisoners was to put them to death, and whoever neglected to do so should himself be executed and his property given to the informer. When this order became known to the ghazis of Islam, they drew their swords and put their prisoners to death. 100,000 infidels, impious idolaters, were on that day slain. Maulana Nasir-ud-din Umar, a counselor and a man of learning, who, in all his life had never killed a sparrow, now, in execution of my order, slew with his sword fifteen idolatrous Hindus, who were his captives“.

During his campaign in India – Timur describes the scene when his army conquered the Indian city of Delhi:

“In a short space of time all the people in the [Delhi] fort were put to the sword, and in the course of one hour the heads of 10,000 infidels were cut off. The sword of Islam was washed in the blood of the infidels, and all the goods and effects, the treasure and the grain which for many a long year had been stored in the fort became the spoil of my soldiers.

“They set fire to the houses and reduced them to ashes, and they razed the buildings and the fort to the ground….All these infidel Hindus were slain, their women and children, and their property and goods became the spoil of the victors. I proclaimed throughout the camp that every man who had infidel prisoners should put them to death, and whoever neglected to do so should himself be executed and his property given to the informer. When this order became known to to the ghazis of Islam, they drew their swords and put their prisoners to death.”

There are many more quotes that can be used to refer back to what happened to Hindus throughout History.

Why we should remember

The biggest holocaust in World History has been whitewashed from history.  When we hear the word HOLOCAUST most of us think immediately of the Jewish holocaust. Today, with increased awareness and countless cinema films and television documentaries – many of us are also aware of the Holocaust of the Native American peoples, the genocide of the Armenian peoples in the Ottoman Empire, and the millions of African lives lost during the Atlantic slave trade.

The World seems to either ignore or just does not seem to care about the many millions of lives lost during the 800 – year long holocaust of Hindus in India.

History should never be forgotten; it should live in every culture so that the atrocities committed can never be allowed to happen again.  It should be taught to our future generations so that they can teach their children and grandchildren.  Yes, we feel for all cultures who have lost so many, but remembering our own history should come first.

“Was There an Islamic Genocide of Hindus?” (article) by Dr. Koenraad Elst (http://koenraadelst.bharatvani.org/articles/irin/genocide.html)

‘‘Aurangzeb, as he was according to Mughal Records’’(An exhibition) by Francois Gautier’s Trust : ‘FACT – India’  URL(http://www.aurangzeb.info/)

The Story of Civilization. Vol. 1: Our Oriental Heritage by Will Durant (New York: Simon and Schuster, 1935.) 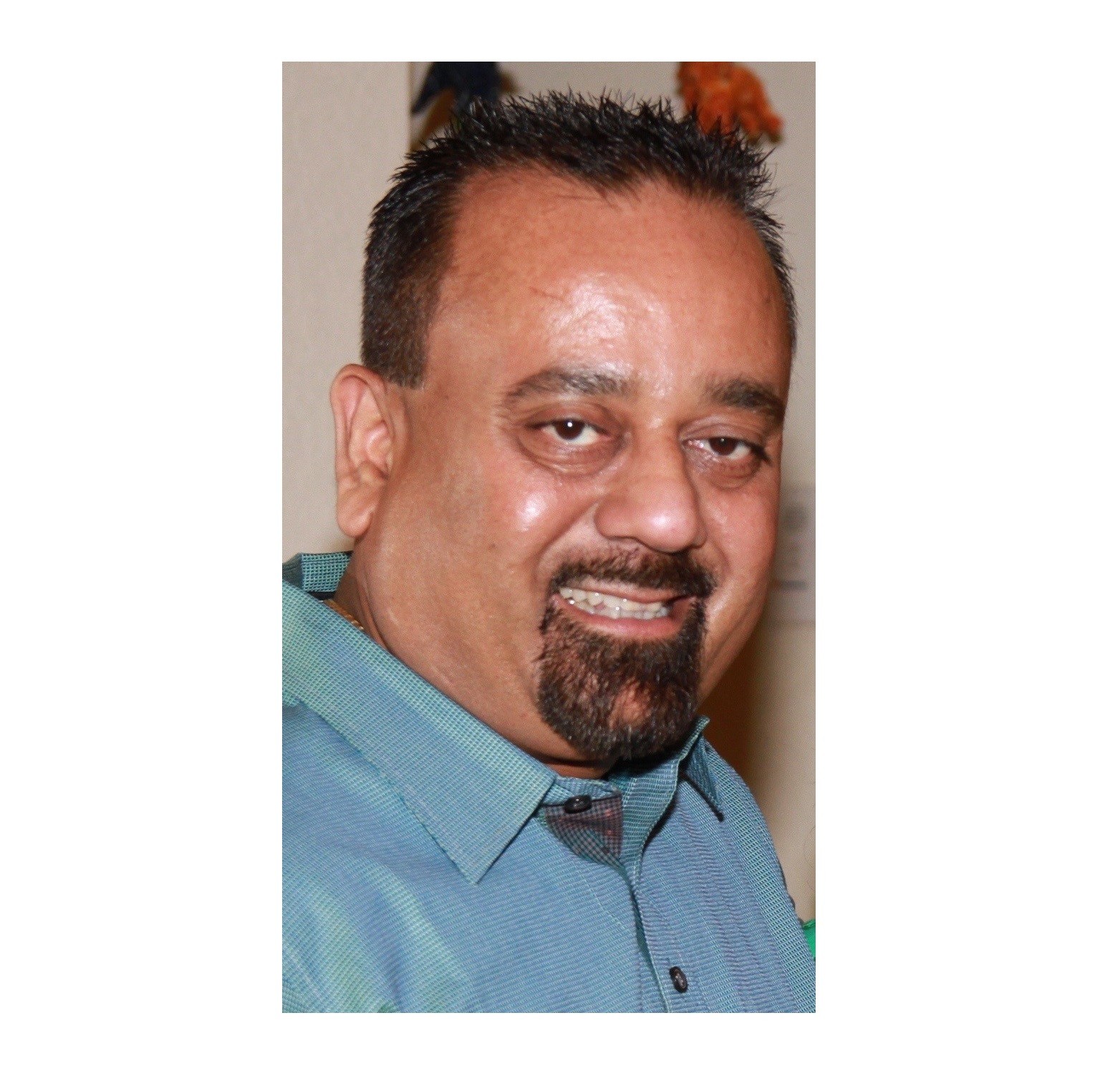