3 Navy Sailors Killed In Explosion Onboard Destroyer At Mumbai Dockyard 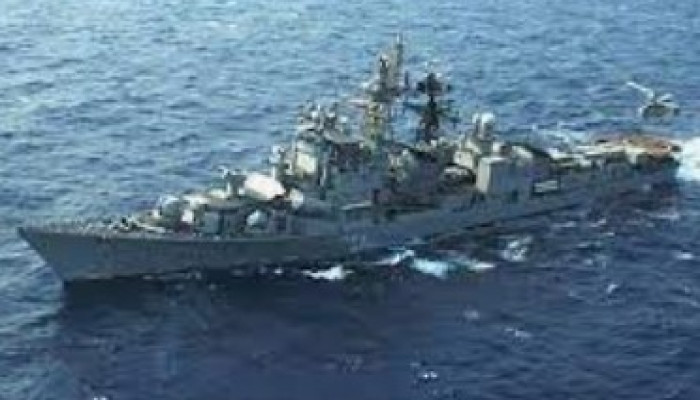 The INS Ranvir was damaged in an explosion on Tuesday at the Naval Dockyard in Mumbai that killed three navy personnel and injured 11.According to their obituaries, the deceased are Krishan Kumar MCPO I, Surinder Kumar MCPO II, and AK Singh MCPO II.

A board of inquiry has been established into the incident and no major material damage has been reported, the Navy has said Tuesday. In April 1986, the Soviet-era destroyer INS Ranvir, which is one of the oldest ships in the Navy, was commissioned.

According to the vessel staff, the situation was brought under control quickly as a result of their prompt response. While the ship was docked, the explosion occurred between 4.30 and 5 pm.

Naval authorities said the INS Ranvir was "on coast-to-coast operational deployment from Eastern Naval Command" since November 2021 and was due back at base port soon.

According to sources, each of the three dead people was a senior sailor, not an officer. Sources said that ammunition or weapons were not involved in the explosion. According to a senior officer, the explosion happened in a compartment of an air conditioning system, and the three victims were killed in a compartment above it. “The ship’s crew responded quickly and brought the situation under control,” according to the release.

It is the first major incident since June 2019, when a worker died in a fire aboard an under-construction destroyer at the Mazagon dockyard. Before that, In August 2013, explosions on-board INS Sindhurakshak had claimed the lives of 18 sailors and caused the submarine to sink in the Mumbai harbour.