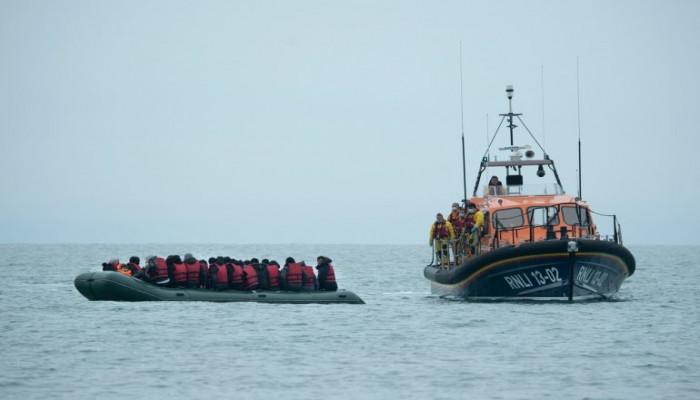 At least 27 refugees and asylum seekers have died trying to cross the English Channel after their dinghy deflated and sank. It is considered as the worst disaster on record, involving migrants in the sea separating France and the United Kingdom.

According to French interior minister Gerald Darmanin, among those drowned were five women and a young girl. He said that two survivors were fighting for their lives while another person appeared to still be missing.

"Those primarily responsible for this despicable situation are the smugglers, that is to say criminals who, for a few thousand euros, organize human trafficking from Iraq, Afghanistan, Africa, Asia and who then use these people to bring them to Belgium, the Netherlands, France, especially to cross the Channel and to go to Great Britain," Darmanin said.

According to AFP news agency, Darmanin said that four suspected traffickers accused of being directly linked to the doomed crossing had been arrested.

France had earlier said 31 people lost their lives, but the number was later revised down to 27, government officials said.

The rescue services were called after an empty dinghy and people floating motionless nearby it were seen. Soon a joint French-British rescue operation was launched involving at least three boats and three helicopters.

Migrants once sought to smuggle themselves aboard the trucks that regularly crossed the Channel on ferries or by rail from France.

But in recent years that route has become more expensive, with people-smugglers charging thousands of euros for each attempt.

According to data compiled by Britain's PA Media news agency, more than 25,700 people have crossed the English Channel to the United Kingdom in small boats in 2021.

On Wednesday alone, French authorities rescued 106 people adrift in various boats in the English Channel, and more than 200 people made the crossing.

Last week, 243 people were rescued in the English Channel as they tried to cross to the United Kingdom.

British Prime Minister Johnson said he was "shocked and appalled, and deeply saddened by the loss of life at sea."

"But I also want to say that this disaster underscores how dangerous it is to cross the Channel in this way. And it also shows how vital it is that we now step up our efforts to break the business model of the gangsters who are sending people to sea in this way, and that's why it's so important that we accelerate if we possibly can all the measures contained in our borders ... so that we distinguish between people who come here legally, and people who come here illegally."

He added that the authorities would "leave no stone unturned to the business proposition of the human traffickers and the gangsters ... who are literally getting away with murder."

French Prime Minister Jean Castex described the incident as a "tragedy." "My thoughts are with the many missing and injured, victims of criminal smugglers who exploit their distress and misery," he said in a tweet.

Downing Street later confirmed that Johnson had spoken to French President Emmanuel Macron about the tragedy, saying they “agreed on the urgency of stepping up joint efforts to prevent these deadly crossings”.

A spokesman added, “Both leaders were clear that today’s tragic loss of life was a stark reminder that it is vital to keep all options on the table to stop these lethal crossings and break the business model of the criminal gangs behind them,” as quoted by Independent.

On Monday, France's Ministry of Interior announced it was sending equipment and vehicles worth over 11 million euros ($12.3 million) as part of an agreement with Britain, "to secure the coastal strip extending over more than 130 kilometers (80 miles), from Dunkirk to the Bay of Somme."

It added that "the police and gendarmes will have additional resources to carry out the mission of fighting illegal immigration."