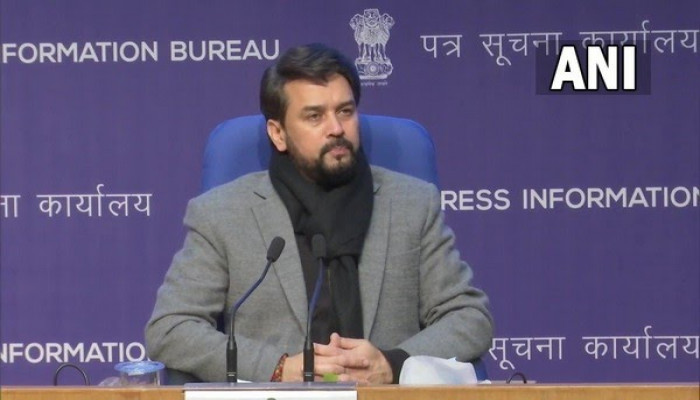 The Union Cabinet led by Prime Minister Narendra Modi on Wednesday approved the infusion of Rs 1,500 crores in the Indian Renewable Energy Development Agency Limited (IREDA) to enable it to lend loans up to Rs 12,000 crores to the renewable energy sector.

IREDA is a public sector unit (PSU) which operates under the Ministry of New and Renewable Energy.

While addressing the press conference, Union Minister Anurag Thakur said, "Indian Renewable Energy Development Agency Limited plays a big role in the field of renewable energy. This agency was established to finance renewable energy. Its portfolio has increased from Rs 8,800 crore to Rs28,000 crore in the past 6 years."

"But according to RBI, the loan can only be lent on 20 per cent of the net worth. The net worth of IREDA is Rs 3,000 crore. It can lend loans up to Rs 600 crore only," the Union Minister added.

Thakur further said that the decision would enable IREDA to lend loans up to Rs 12,000 crore in the renewable sector.

"The decision has been taken of equity infusion of Rs 1,500 crore in the Indian Renewable Energy Development Agency. The benefit that it would lead to is that with the infusion of increased equity, IREDA would be able to lend loans up to Rs12,000 crore in the renewable sector," Thakur said.

The infusion will benefit employment generation of approximately 10,200 job-years, the cabinet added.

Further, the Union Cabinet also approved scheme for grant of ex-gratia payment of difference between compound interest and simple interest for six months to borrowers in specified loan accounts

It has also approved the extension of tenure of the National Commission for Safai Karamcharis for three years beyond 31st March 2022, Thakur added.