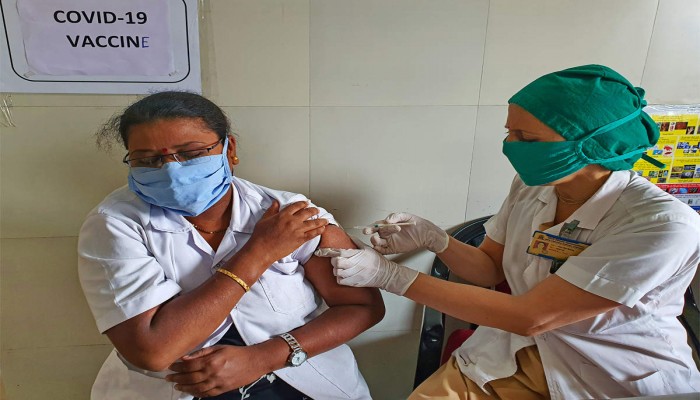 Indian Political narratives are falling way short of the logic. The series of the flip-flops and shifting of the goal posts by the opposition allude to the same. The over enthusiasm of the opposition to make the Prime Minister the fall guy, exposed their Modi “derangement syndrome”.

Crisis in any country brings people together. Rightly so, every nation’s history is etched with instances of self-less leadership striving to turn crisis into an opportunity. Wuhan virus pandemic, a “once-in-a-century” crisis has thrown up many challenges. India’s scientific community took up this challenge in stride and produced a reliable and efficacious vaccine, a feat accomplished by a handful of nations in the World. Known as the “World’s pharmacy”, India became home for production of two vaccines- Covishield and Covaxin. Prodded by the government of the day, India revelled in the stellar scientific accomplishment. On the contrary, opposition parties with their ignominious political labelling cast aspersions on the indigenous vaccine and inadvertently stoked “vaccine hesitancy”.

Opposition which is rather quick in drawing parallels with other democratic countries to pick on the government for the glaring inadequacies and ill-preparedness in anticipation of next wave of pandemic, have failed to emulate the culture of being responsible leaders during a health emergency. Undeniably, government has floundered on many accounts and the plight of Indians in terms of loss of lives of near and dear ones is testament to these woes.

But unlike in other countries, opposition in India made a spectacle out of the pandemic. Despite a head start, determined to upstage the centre, notwithstanding the enormity of the pandemic, opposition used the occasion for narrative setting and settling political scores.

Alas!!! Even India’s arch-enemies could have behaved with empathy. The leakage of the Congress tool kit, whose origins are yet to be established has only offered a bird’s eye view of the larger conundrum planned by the opposition.  With all postulates propounded in the toolkit already in place, the toolkit couldn’t be dismissed as a frivolous political mischief. The accompanying colossal disinformation campaign comprising of a deluge of tweets seeking help and mounting complaints of unavailability of the beds, medicines, oxygen supplies and vaccines had exacerbated the fears of common man. This orchestrated attempt of breeding ill-will indeed, fuelled dissent and sparked disaffection towards the ruling dispensation.

The panic mongering pertaining to the scarcity of covid resources has been one part of the story with the cornerstone of this toolkit being derailment of the vaccine policy.

At a time when countries have been actively, rolling out and motivating people to make the vaccine drive highly successfully to combat the pandemic, Indian opposition threw spanner in country’s vaccination program. Even as countries, vied with each other to pre-order vaccines, grappling with the hesitancy and lack of acceptance, Indian government cautiously tread this path and rolled out a vaccine program recommended by NEGVAC (National Expert Group of Vaccine Administration for Covid-19).

Accordingly, a three- phase vaccination drive was unveiled for prioritised population groups initially which included– Health care workers in the first phase, frontline workers, elders and people above 45 in the order of priority. To start with, vaccination drive was sequential owing to limited supply of jabs with plans to slowly extend it. Vaccination for all the above three groups was free in all government hospitals.

As per the slated policy, requisite quantities of the vaccines were dispatched to states and UTs. But States like Chhattisgarh rejected jabs sent by centre during the initial stages. Audit reports now indicate that the vaccine wastage has been dismally high in some of the opposition ruled states.

Despite the concerted attempts to frustrate the drive, vaccination process gained much steam by April when the second wave of pandemic hit the country. The ferocity and the lethality of the pandemic unsettled the country.

Suddenly, vaccine sceptics and anti-vaxxers lambasted the government for the slow pace of the vaccination. Hauled it over coals for the Vaccine Maitri and for failing to pre-order sufficient supplies. Overnight, vaccines were pronounced as the magic bullet to keep the pandemic at bay by the opposition. Indeed, with the deluge of pandemic, snuffing out young lives, opposition censured the government for failing to predict the intensity and spread of the pandemic and rooted for vaccination for all. Relenting to growing calls for mass inoculation, Central government in charge of the Vaccination policy, made the necessary amends.

In contravention to the National Vaccination Policy of 2011 legislated by the UPA government, where Centre is mandated to acquire vaccines, relenting to the appeals of state chief ministers, Prime Minister allowed them to manage the vaccination process. Starting May 1st, fourth phase of vaccination was launched by the states to inoculate 18-44 age group. Decentralising the whole process, the supply basket was divided into two - 50 percent for centre and 50 percent for open markets. States were allowed to procure vaccines from the manufacturers directly.

Reminding the centre of the federal spirit and denouncing it for being obstinate and arrogant, states demanded decentralisation of vaccine process. Regional leaders pledged to put vaccination process back on track by taking full charge of the situation. Accusing centre for failing to ensure the smooth supply of vaccine leading to shortages, states have set out for global tendering. But the Pharma companies insisted on dealing with central government alone.

In the fourth phase, majority of states announced free vaccines for above 18 age group obtained jabs from centre based on the extent of infection and speed of vaccination. They were free to negotiate with the manufactures to buy needed vaccines. While the centre’s free vaccination drive continued, differential pricing of vaccines for states and private hospitals and other issues cropped up. States vaccinated for free, but private players charged different amounts for the jabs.

Needling the centre’s original vaccine policy, the overzealous state leaders who wanted to leverage the jabs for political gains have messed up the whole situation. Launching a tirade against the centre amid a pandemic, opposition posed hurdles to the vaccination even as government expedited the process of acquiring more jabs from foreign players.

Russia’s Sputnik V sale began by last week of May. To cope up with increasing vaccine demand, centre facilitated entry of six vaccines, which are slated to enter Indian markets from August. By the end of 2021, two billion doses will be made available.

Centre’s Vaccine policy, which has been maintaining steady progress till May started facing hiccups thanks to the lackadaisical appeals of the states.

Interestingly, the fourth phase has been a witness to mediocre vaccine agenda of states wherein Bengal replaced the picture of Prime Minister Modi with CM Mamata’s photo on vaccine certificate, Delhi announced “Jahan vote wahan vaccination”, Punjab government was caught selling the jabs obtained from Centre’s quota to private hospitals and Rajasthan’s vaccine wastage racket emerged. Under the garb of Vaccine drive, states began to pursue their political agendas.  Not satisfied with trading vaccines and wasting the precious resources, they have turned the vaccination process into a veritable electoral campaign.

The colossal mess of confusion an outcome of states vaccine decentralisation appeals, prompted the SC to pull up the central government for its arbitrary vaccine policy. Connivingly, the Congress party, having framed the National Vaccine Policy, cognizant of Central government’s centrality for the vaccination process, egged on the regional leaders to create this commotion. The unfoldment of vaccination melodrama at the height of the pandemic has laid bare the hypocrisies and brazen politicking of the opposition.

For all the ruckus and the slanderous pandemic propaganda on inadequate vaccine supplies, major pharma players overwhelmed by pre-orders expressed their inability to supply vaccines till 2022. Majority of the countries are still pursuing a phased vaccination drive. For an emerging country like India which can’t afford frequent lockdowns, mass inoculation is a necessity. But vaccination making is not a two-minute noodle making job.

Putting things in perspective, Prime Minister Modi’s in his address to the nation yesterday, demolished the fallacious propaganda of the opposition on India’s vaccine policy. Setting things straight, PM questioned the vaccine hesitancy fuelled by opposition and apprised them of previous vaccination drives by different governments till now.

Facing the ire of opposition, government has agreed to decentralise the vaccine policy. But with states expressing inability to continue the mass inoculation, revoked the decentralisation and enunciated a new plan which will be in place from June 21st. As per the revised policy, centre has announced free vaccination to all, continuation of free ration till Diwali and a centralised vaccine procurement as well.

Data doesn’t lie and vaccination numbers clearly puts India among select few countries with respectable inoculation rates. Given the huge population, the numbers as in percentage of population inoculated may not be encouraging, but absolute numbers reflect the robustness of the logistics of delivery mechanisms of India. To cope up with vast demand government has expedited grant approval to vaccine manufacturers and removed all roadblocks for scaling up vaccination production. But vested interests in cahoots with political leaders and media are endlessly running a dishonest campaign. To this end, Modi’s address did a great service in repelling the pessimistic portrayal.

Essentially, a modicum of earnestness and solemnity by various stakeholders will go a long way in combatting the devastating pandemic. Intriguingly, despite the flexible approach of the government, the opposition still refuses to acknowledge government’s efforts. Steeped in a hatred, government is blamed for everything, “damned you do and damned if you don’t”. Given their approach, opposition perpetual accusation of political arrogance attributed to ruling dispensation suits them better.

Politics is integral to a thriving democracy with multi-party systems. But issues related to national security, health emergencies, natural disasters must be exempted from ruthless politicking. Demonstrating their double standards, the opposition which is keen on apportioning the entire blame of the COVID pandemic on Modi despite health being a state subject refuses to appreciate him for the policy which they have been advocating.