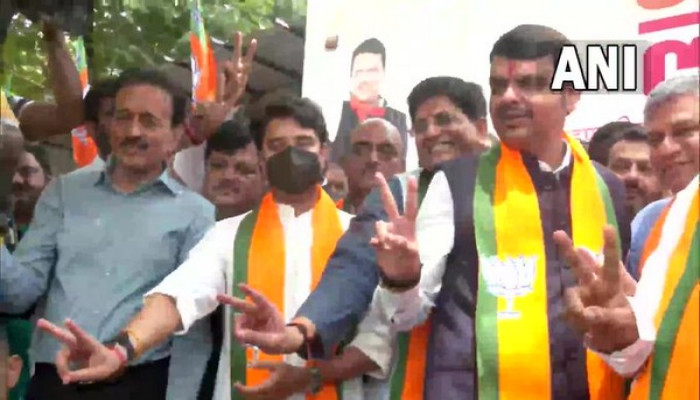 In the last couple of years, the term ‘Operation Kamal or Lotus’ has been repeatedly used by Opposition parties after the BJP allegedly orchestrated successful campaigns, including poaching, to replace an elected Opposition-ruled government midway with their own leaders, like in the case of Karnataka, Uttarakhand and Madhya Pradesh.

Soon after the Karnataka debacle, then-Congress leader and Supreme Court advocate Brijesh Kallapa had tweeted, “Operation Kamal was pioneered and perfected in Karnataka, but BJP’s current ‘honest’ leadership under Narendra Modi has taken it to several States including Uttarakhand, Arunachal Pradesh; Goa, Manipur, Gujarat and Meghalaya.

However, the term was coined by someone from the BJP itself back in 2008 Karnataka Assembly elections. Former Karnataka minister G. Janardhana Reddy was said to have devised a new strategy to push the party past the majority-mark by engineering mass-defections from the opposition and securing support from Independents.

Recently, after Shiv Sena Rajya Sabha MP Sanjay Raut claimed on Tuesday that over 15 Shiv Sena MLAs have gone incommunicado along with Urban Development Minister Eknath Shinde after the Maharashtra Legislative Council results on Monday evening, many have pointed to the BJP’s infamous ‘Operation Lotus’ at play.

The term first shot to prominence when the JD(S)-Congress government fell in Karnataka as 15 legislators left the ruling alliance which had necessitated a no-confidence motion. Subsequently, the BJP went on to form the government, barely a year after the JD(S)-Congress alliance had come to power.

In 2020, Madhya Pradesh witnessed a similar development wherein the mass resignation of 22 MLAs had resulted in the stepping down of Congress Chief Minister Kamal Nath, 15 months after he had come to power. Several Congress legislators resigned soon after senior Congress leader Jyotiraditya Scindia joined BJP.

On the other hand, ‘Operation Kamal’ has also backfired in many cases, as was witnessed in the West Bengal Legislative Assembly elections last year. Scores of TMC ministers and leaders including Mukul Roy, Suvendu Adhikari, Rajib Banerjee had switched over to the BJP camp in the months leading up to the election.

However, the BJP ended up fielding many TMC defectors, who were, in turn, denied tickets by the ruling party in a bid to diffuse the anti-incumbency factor.