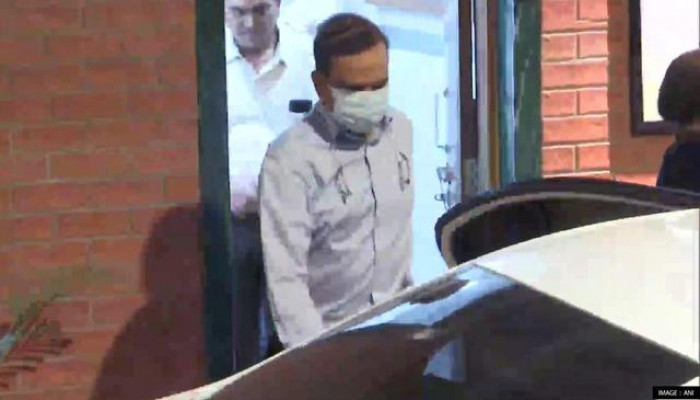 The Maharashtra government is chairing a high-level meeting regarding further action to be taken against former Mumbai Police Commissioner Param Bir Singh.

Sources have informed Republic Media Network that the Maharashtra government is mulling a tough action against Param Bir Singh and is also examining technical and legal options.

Sources have also told Republic that the process to suspend Param Bir Singh is still on. While the final decision of Param Bir's suspension, as per sources, lies in the hands of Chief Minister Uddhav Thackeray, and Deputy Chief Minister Ajit Pawar, the Maharashtra government has asked him to go and resume his work as the Director General of Home Guard, "if he wants to co-operate."

The grounds of Param Bir Singh's suspension are:-

"It’s shocking that a person who has served as a Police Commissioner of Mumbai and Thane and has spent his life as a part of the police force in Maharashtra feels threatened. If he feels threatened, then we can look into it if he tells us. We don't know where he is," said Dilip Walse Patil.

The former Mumbai Police Commissioner Param Bir Singh who was missing since months landed in Mumbai on Thursday after being traced in Chandigarh. After he landed, reached the office of Crime Branch Unit 11 in Kandivali to join the investigation in Goregaon alleged extortion case.

Speaking to The Indian Express over phone, Param Bir’s brother Manbir Singh Bhadana said, “He was very much with us for the last few days. He stayed with us and left for Mumbai on a GoFirst flight at 8 am today (Thursday) morning and landed in Mumbai at 10:30 am. He has reached Mumbai.”

About Param Bir’s places of stay over the last few months, Bhadana added, “He was with us and also several places close by with people known to him. Wherever he was is past and now, he has reached back.”