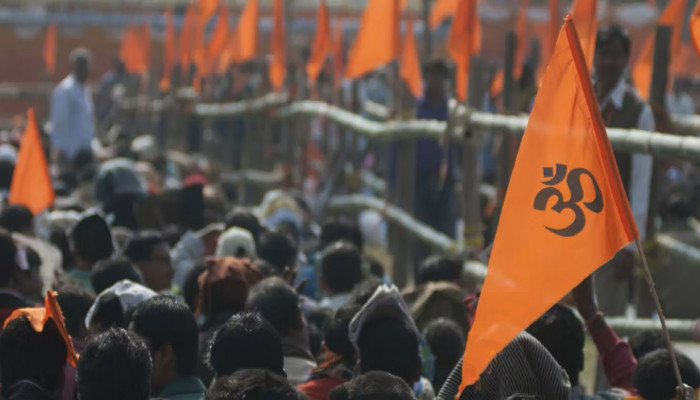 After the millennia grind under foreign yokes, first that of the Islamic invaders and then of the British colonizers, Bharat Varsha, the ancient land of the Hindus, regained its independence as India, albeit downsized by the latter by carving out Pakistan from it as a homeland for its Muslims. Thus, it would have been logical that the Hindus had truncated India all for themselves but owing to its wooly political leadership, it was not to be, which forever constrains them to drink the same old wine in a new bottle. What’s worse was Nehru’s nipping the Hindu nationalistic impulses in the bud, perceiving them as offensive to the religious sentiments of the Muslim minority that made India merely a habitat for varied interest groups.

What with its Muslim progenation progressively becoming a formidable electoral vote bank, Indian politicians of all hues have been wary of nationalism that is anathema to Islam. By exploiting the Hindu caste divisions and exacerbating the Muslim identity crisis, the self-serving ruling classes had thrived all through by thwarting nationalism from occupying any political space. At last, though the BJP could raise nationalistic ripples through its Ayodhya movement towards the end of the last century, it failed to turn them into sustainable electoral currents thereafter exemplifying the vice-like grip the secular parties, read vote bank politics, came to have on Indian electorate. By the way, nothing symbolizes the Hindu plight in independent India than their inability even to make a case for the restoration of the venerated temples at Kashi and Mathura, vandalized by the Islamic invaders. What with the creation of Pakistan, as a separate homeland for Indian Muslims, it can be said that India’s Hindu-Muslim heritage no longer holds good - though Muslims want to have the Pakistani cake and eat the Indian one - and thus the Hindu retrieval of these shrines from the Muslim hands should not raise any secular hackles, should it? It was another matter though that restoration of the much vandalized Somnath temple owed more to Sardar Patel’s nationalistic push than any Hindu religious will.

However, the inexorable rise of Narendra Modi of the BJP in the Indian political arena after 2014 that too on the plank of Hindu nationalism, made the ‘politicians on the retreat’ raise the bogey of a Hindu Theocratic State ‘in the making’, threatening the very idea of secular India, conceived by the founding fathers. While this clearly is a ploy of the entrenched politicians to stall the unmistakable voter-tilt against their brand of politics, the ideologically driven left-liberals, nay libtards, and Islamapologists - Islamapologia is condescending to descend to Muslims - together are disdainful of India’s governance by the so-called Hindu ‘fundamentalists’. If anything, the rise of the Islamic radicalism in the theocratic Muslim countries that became the breeding grounds for terrorism has come in handy for the libtards to come up with their ant-Hindu canards. So goes the argument that any revival of Hindu fundamentalism, as if there was one in India’s long history, would likewise pave the way for a Pakistani India, with like consequences.

Be that as it may, what an irony that the Christian Islamapologists, who don’t shy away from exhibiting their Hindu allergy, fail to see that Muslims from the Islamic nations, once colonized by them, have begun to Islamize their own countries! Given the pace at which the ‘fastest-growing religion’ is growing in Europe and in the Americas, it may not be long before their progeny would be cursing their ancestors for failing to Christianize their erstwhile Muslim colonies. That would also be when the much-maligned Hindus gleefully watch the bikinis giving way to burkas, even as the beards grow longer and longer there. But more to the point, as Islam nips the inquiring mind in the bud, in time, the superiority of western thought would be a thing of the past, as is the case with the once advanced cultures of Egypt and Mesopotamia.

Leaving the West to its self-destructive Islamapologian ways, a closer look at India would reveal how the fear of the Hindu Theocratic State is unfounded, to say the least. True, the Islamic fundamentalism could usher in theocratic states in many Muslim countries owing to the religious fervour of the believers for the adoption of the oppressive sharia and other depressive Islamic laws that Islam enjoins them to abide by. But when it comes to Hinduism, there are no such religious ways that the Hindu masses crave to be the laws of the State to its detriment. In fact, it is the other way round as there have been umpteen reformative movements to eradicate the social ills that crept into the day to day Hindu life, such as the scourge of untouchability. Whatever positivity the Islamic and Christian presence in India there might have had was offset by the male chauvinism occasioned by the former and sexual prudery induced by the latter in the open Hindu ethos.

Back to the issue, the diversity of the Indian sub-nationalism, rooted in the vernacular affiliations, would provide enough hurdles and more for the alleged fundamentalists to rally Indians towards the Hindu Theocratic State. Moreover, in Arya Varta’s long history as Bharat Varsha, save Aurangzeb’s brief Muslim theocratic interregnum in its Hindustan era that too in parts, which the libtards push under their secular carpet, there never was a Hindu Theocratic State in its bosom. It was as it was, and as it would be, for the very concept of it is alien to the Hindu ethos, steeped in the tradition of liberalism from inception. Yet, a flashback into the colonial Indian history would reveal that it is when the Islamic sense of separateness took wings as the Muslim craving for a separate homeland for them that some farsighted Hindus like Savarkar, with the hindsight of history and a grasp of the Islamic ways, deemed it fit to wake up the Hindus from their suicidal stupor.

But by then, the Hindu society was beset with antagonistic caste divisions, sowed by the priestly interests through interpolations such as chÄturvarnyam in the revered Bhagavad-Gita. So, it was imperative for Savarkar to first lay unity bridges across the caste divisions by defining the Hindu as “one who was born of Hindu parents and regarded India as his motherland as well as holy land” and then unite them on the Hindutva ground of “common nation, common race, and common culture of their ancient nation”. Besides, by proclaiming that “we Hindus are bound together not only by the tie of the love we bear to a common fatherland and by the common blood that courses through our veins and keeps our hearts throbbing and our affections warm, but also by the tie of the common homage we pay to our great civilization - our Hindu culture”, he sought to integrate them emotionally as well.  However, owing to à¤µà¤¸à¥à¤§à¥à¤µ à¤à¥à¤à¥à¤®à¥à¤¬à¤à¤®à¥ (vasudhaiva kutumbakam, world is one family) being the undying ethos of SanÄtana dharma, he later remoulded Hindus as “those who consider India to be the land in which their ancestors lived, as well as the land in which their religion originated.”

In juxtaposition, fundamentalism is all about the perseverance with the dictates and the enforcement of the diktats in a given scripture based on the fundamental and unwavering belief of their inerrancy. It may be appreciated that for a theocratic state to come into being, it is essential that vast multitudes of the majority community should clamour for it as Muslims do for their Caliphate. Any informed analysis of the present-day Hindu social structure and its religious practices will point out the fact that the Hindu Theocratic State is incomprehensible even conceptually; leave alone the possibility of it ever becoming an Indian reality. However, on the flip side is the lack of the Hindu intellectual apathy for the antagonistic religiosity of the minorities - the Christian disdain for them as heathens and the Islamic dismissal of them as kafirs. Besides, how the laudable, though naïve, ‘world is one family’ outlook has been stretched to ludicrous lengths is testified by the way the alien faiths were allowed in Hindustan, over a millennium, to unceasingly expand their demographic ground through calculative conversion and progenation, without let or hindrance.

It’s thus the history of Hindustan had thrust a multi-faith feather on the Hindu egalitarian cap though letting the Muslims and the Christians to wear their exuberant religious colours. And that proved fatal as Muslims, after having shared the land of the Hindus for centuries, began to demand a homeland for them, which in effect means that they don’t deem anything as their own unless fully owned by them. And true to their intent and character, once the British gave them Pakistan, they were ever at getting rid of the Hindus from it, which should be an eye-opener for the libtards. But yet, maybe fearful of being branded as Islamaphobes, they tend to be indulgent to the Muslim penchant to carve out exclusive Islamic enclaves in India, be it in Kashmir, Assam, West Bengal, or wherever they are in numbers. (By the way, Islamapologia is about condescending to descend to the Musalmans) What’s worse, they not only cry hoarse over the Hindu resentment over the Muslim demographic designs but also preach the virtues of religious tolerance, a constitutional obligation at that, to Hindus!  Lo, it’s akin to the devil quoting the scriptures that is the good quotes for there are many a devilish one therein. It’s ditto with evangelicals who are ever at reaping the ‘great harvest of faith’ in the Hindu hinterland and that gladdens Western hearts to pick up the libtard cues to badmouth the Hindus the world over.

So be it, but the Encyclopedia Britannica describes “Hindutva ('Hindu-ness'), as an ideology that sought to define Indian culture in terms of Hindu values" and India’s Apex Court had ruled that “Ordinarily, Hindutva is understood as a way of life or a state of mind and is not to be equated with or understood as religious Hindu fundamentalism ...”. However, it can be said that their lordships erred in assuming that there is something called Hindu fundamentalism, religious or cultural, for the Oxford Dictionary states that “fundamentalism is strict maintenance of ancient or fundamental doctrines of any religion, esp. Islam.”

I rest my argument by quoting from my Puppets of Faith: Theory of Communal Strife, also in the public domain as free ebook - “The Hindu fundamentalism is a misnomer, coined by the cunning and subscribed by the naïve, which had come in handy to the Semitic proselytizers to undermine the Indian nationalism. Why, it should be apparent to the discerning that while the Brahmanism is orthodox, the sanatana dharma, exemplified by swadharma, is amorphous, and in them lay the social diversity of the Hindu spiritual ethos.” 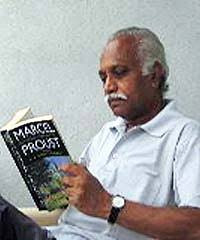