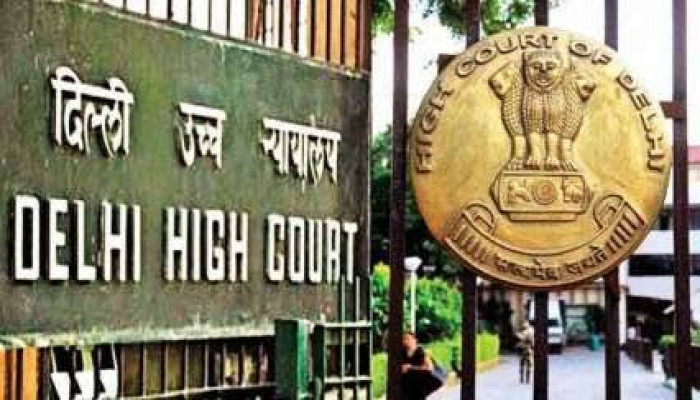 The Delhi High Court Wednesday questioned the Election Commission why it was "shying away" from taking action against political parties who are in violation of its guidelines on "corrupt practices" and sought its response on a PIL to declare offer of cash transfer in manifestos as a corrupt electoral practice.

"Why are you shying from taking action? Start taking action. Don't just issue notices and letters. Let us see what action you are taking. Proposed actions also, you can state," said a bench of Chief Justice D N Patel and Justice Jyoti Singh.

The remarks were made by the bench after the counsel for the poll panel said that it has already issued guidelines in relation to "corrupt practices" and sent the same to the political parties.

The bench said the Election Commission should start taking action in view of the guidelines.

The high court also sought response from the Centre on the petition which said such "note for vote" promises are in violation of Section 123 of the Representation of Peoples Act which deals with corrupt practices and bribery.

The bench also sought the stand of two political parties -- Indian National Congress (INC) and Telugu Desam Party (TDP) -- as the petition said that "INC and TDP in 2019 general election offered cash to certain section of the society. The INC (announced) the Nyuntam aay Yogyna -- NYAY scheme and offered to put Rs 72,000 (yearly)."

It was hearing the public interest litigation (PIL) filed by two advocates -- Parashar Narayan Sharma and Capt. Gurvinder Singh -- whose counsel contended that offering of cash without any work in election manifestos has to be declared illegal.

The petition alleged that in spite of the existence of such practices, the Election Commission "for reasons best known to them have adopted a stony silence".

In 2019 also, the Supreme Court asked for a response from the Election Commission of India (ECI) on a plea to declare the implementation of direct cash transfer schemes such as the PM Kisan Samman Nidhi scheme, by “parties in power” in the Centre and six States immediately before or during polls as “illegal and unconstitutional” and contrary to the “right of equal participation of each citizen in polity.”

A Bench led by Justice S.A. Bobde issued the notice on a writ petition filed by Pentapati Pulla Rao, represented by senior advocate Santosh Pal and advocate Sravan Kumar. Rao was a contestant from the Eluru Parliamentary constituency in Andhra Pradesh on behalf of the JanaSena Party in the recent general election.

Rao has arraigned, besides the ECI, the Centre and States Andhra Pradesh, Karnataka, Telangana, West Bengal, Odisha and Jharkhand as respondents in the petition. He alleged that these States had done cash transactions to sections of voters under various direct cash transfer schemes during or just before the polls.

The plea sought the court to direct the ECI to take appropriate action under Article 324 of Constitution and Section 123 of the Representation of People Act on direct cash transfer of Rs. 4000 to 94 lakh women voters on April 5, 2019, i.e., six days prior to polling; cash transfer of Rs. 5000 to 54 lakh farmers/voters on April, 2019, i.e., two days prior to polling day by the then Andhra Pradesh government to benefit party in power in the State.

The petition asked the court to direct the ECI to fix a “minimum time preferably six months to implement schemes which have impact on free and fair elections such as freebies, direct cash transfer schemes, welfare schemes, etc, by political parties in power before announcement of the election schedule.”

It said, “Petitioner witnessed the ground situation in regard to misuse of public money to bribe the voters in the name of following schemes in Andhra Pradesh on the eve of general election.”