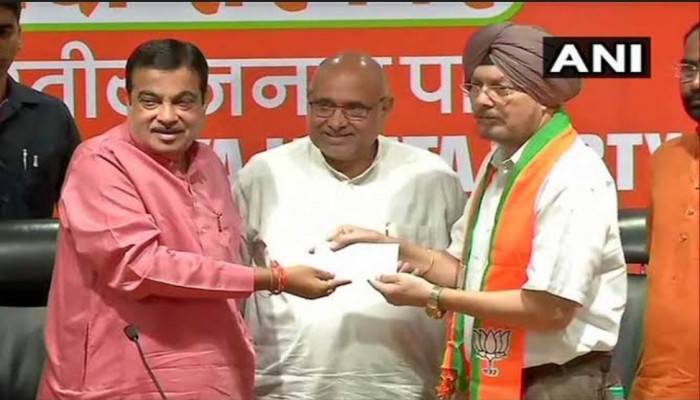 Welcoming him, BJP general secretary and Punjab unit in charge Dushyant Gautam said this showed that the party held a special place in the hearts of the people of Punjab.

After joining the BJP at the party’s headquarters in New Delhi, Inderjeet Singh said he had “fulfilled” his grandfather’s wishes.

“The Congress did not behave properly with my grandfather. I campaigned for the BJP during the Madan Lal Khurana days in Delhi. My grandfather wanted me to join the BJP. He had introduced me to late Atal Bihari Vajpayee and Lal Krishna Advani,” he said.

Singh hails from the Ramgarhia Sikh community, which comes under the OBC (Other Backward Classes) category. The community has a substantial presence in Doaba and Majha belts of Punjab.

The BJP has parted ways with one its oldest allies, the Shiromani Akali Dal (SAD) after the latter walked out of the NDA over the three contentious farm laws cleared by Parliament late last year.

The SAD has been part of the protests asking for the repeal of the three laws along with the Congress and farmers groups, especially in Punjab and Haryana.

The BJP has faced protests in Punjab but has maintained that it will do well in the coming polls in the State.  Singh’s entry is an attempt to broad base the party’s appeal among Sikhs in the State especially those on the margins of the community.