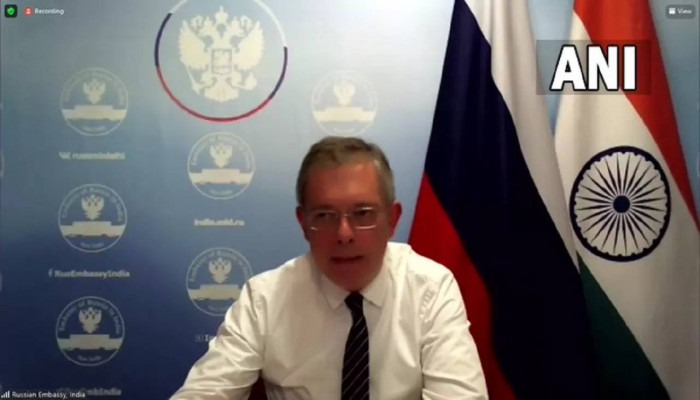 Russian Ambassador to India Denis Alipov on Friday said that they don't want to intervene in the bilateral dispute between India and China and that they only encourage the two countries to find a peaceful resolution.

“We don't want to get involved in the resolution of bilateral disputes between India and China. We only encourage the two countries to find a quick and peaceful resolution to border disputes, unlike some countries who only encourage suspicions of India towards China and vice versa,” he said.

“We don't support such an attitude. We stand for those disputes to be resolved solely between India and China for the benefit of both parties. We don't see any other role in this dialogue,” he added, ANI reported.

Indian and Chinese troops have been locked in a long-standing border standoff since May 5, 2020, following a violent clash in the Pangong lake areas.

The militaries of both countries on September 12 had moved back their frontline troops to the rear locations from the face-off site of Patrolling Point 15 in the Gogra-Hotsprings area in eastern Ladakh and dismantled temporary infrastructure there as part of a five-day disengagement process.

The Russian envoy also stressed that the delivery of the S-400 surface-to-air missile system to India from Russia is going according to schedule. He also made it clear that any delays in defense-related issues are not because of the conflict in Ukraine.

In October 2018, India inked a USD 5 billion deal with Russia for the procurement of five units of the S-400 air defence missile system.

The S-400 is known as Russia's most advanced long-range surface-to-air missile defence system.