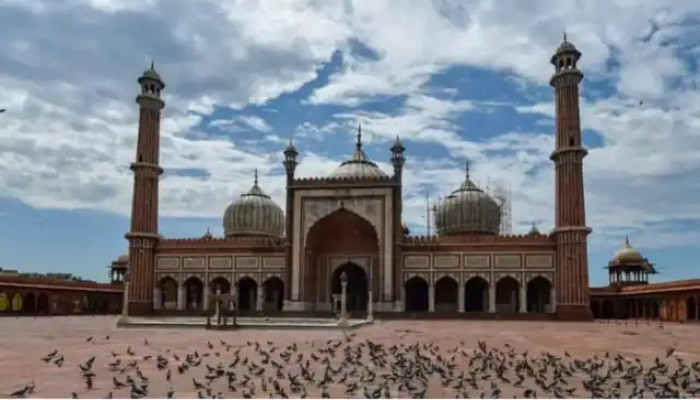 The Jama Masjid in Delhi has landed in a controversy after it issued a diktak regarding the entry of women into the historic mosque.

According to reports, the Jama Masjid administration has prohibited the entry of solitary or groups of girls into the mosque without the presence of a male companion.

The masjid administration on Thursday put up a poster at its gates that declared it 'improper... when women come alone...' The notice has been condemned and slammed as 'regressive' and 'unacceptable. As the controversy escalated, the masjid later said its order did not apply to girls (or women) offering prayers.

According to reports, the Jama Masjid management has put up signs outside the mosque notifying visitors that girls are not welcome inside. The sign boards are placed outside the three entrances of the mosque. “It is forbidden for girls/women to enter Jama Masjid alone,” the signboards read.

However, the Jama Masjid administration has said that females will be allowed to enter the mosque with their husbands or families.

“Women’s entry not banned. When women come alone-improper acts are done, videos shot, ban is to stop this. No restrictions on families or married couples. Making it a meeting point inapt for religious places,” Jama Masjid PRO Sabiullah Khan was quoted as saying by news agency ANI.

However - and also according to PTI - sources in the administration said not all those who engaged in 'inappropriate behaviour' are women.

The masjid's notification makes no reference, at this time, to men being banned.

In the past, visitors have sought to film music videos. An older notice reads: "Music video shoot is strictly prohibited inside the mosque."

Condemning the order, the Vishwa Hindu Parishad (VHP) termed it as an “anti-women act”. The Hindu right wing group also urged Women & Child Development Ministry as well as the National Women Commission to intervene in the matter.

Meanwhile, DCW chairperson Swati Maliwal expressed strong discontent with the ban and has issued a notice to the Imam of the Jama Masjid over the issue.

"What do they feel? This is not India... this Iraq (and) nobody will raise a voice against discrimination meted out to women openly... nobody is above the Constitution. For such a Talibanesque act, we have issued a notice to them”.