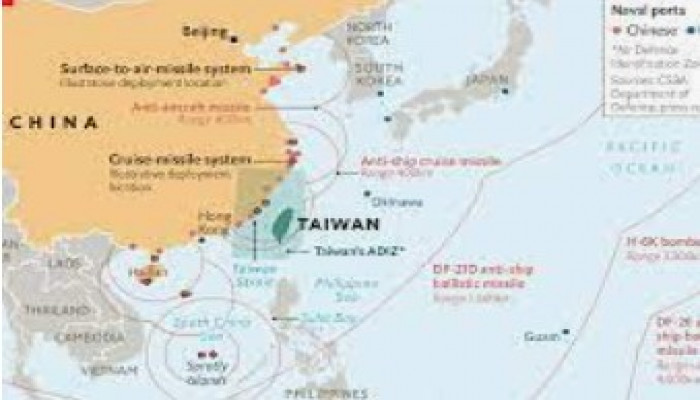 China defended its provocative military measures against Taiwan after Taipei and other countries expressed concern. In the past few weeks, China has increased its military exercises and warplane missions near Taiwan, which have raised concerns around the region. These actions are meant to defend the nation's sovereignty and territory.

In a statement to the media, Ma Xiaoguang, a spokesperson for the Taiwan Affairs Office of the Chinese Cabinet, said that the planes were encroaching upon Taiwan in order to safeguard the interests of the Chinese people.

"The purpose of the manoeuvres was to fundamentally safeguard the overall interests of the Chinese nation and the vital interests of people on both sides of the Taiwan Strait. The People's Liberation Army exercises are necessary actions to defend national sovereignty and territorial integrity," Ma told reporters at a biweekly news conference in Beijing.

Taiwan and its relations with other countries have also been blamed by Beijing for increasing tensions. Taiwan responded to Chinese aggression by sending jets to intercept the Chinese aircraft and activating its missile defence system. Moreover, the country is strengthening its defenses via the purchase of new U.S. technology and the development of defensive systems at home, such as submarines.

The Taiwan president had made a forthright speech on Sunday in which he blasted Beijing and urged the continuation of the status quo in the face of rising Chinese pressure. It is the intention of Taiwan's President to ensure that the status quo will not change. A strong message from her also stated Taiwan is not going to follow the paths China had laid out for it.

“We will do our utmost to prevent the status quo from being unilaterally altered,” she said. China claims Taiwan as part of its national territory although the island is self-ruled.

“We will continue to bolster our national defence and demonstrate our determination to defend ourselves in order to ensure that nobody can force Taiwan to take the path China has laid out for us,” Tsai said. “This is because the path that China has laid out offers neither a free and democratic way of life for Taiwan, nor sovereignty for our 23 million people.”