By revoking article 370, the Narendra Modi government secured the integrity of India as a modern nation-state in the truest sense. 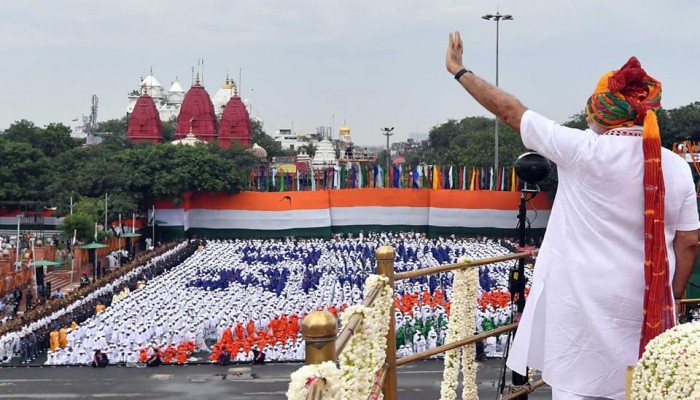 What was, by all means, a real “historic” moment in the history of independent India on August 5, Narendra Modi government scrapped Article 370 and Article 35A of Indian constitution; that conferred special status to Jammu and Kashmir.

Home Minister Amit Shah amidst a huge uproar created by the opposition announced “I am presenting the resolution to revoke Article 370 in Jammu and Kashmir except the first clause 370 (1)”.

With this decision, the Narendra Modi government secured the integrity of India as a modern nation-state in the truest sense. While doomsayers claimed this decision would lead to major turmoil in the valley state, Prime Minister Narendra Modi in an address to the nation delivered three days later set the record straight. He made it clear that this decision was for the people of Kashmir, for their larger interest and development.

“New era has begun in Jammu and Kashmir, and Ladakh. The country has taken a historic decision. The dreams of many of our leaders have been fulfilled. Earlier, 1.5 crore residents of Jammu and Kashmir couldn't avail the benefits under the laws that were applicable to the entire nation," said PM Modi.

He added, “It is surprising, no one was able to really tell how the Article benefited the people. Article 370 and Article 35A have only encouraged terrorism, sluggish development, family-based politics, and corruption in Jammu and Kashmir”.

Echoing the same sentiments Home Minister Amit Shah, in a series of tweets, said, “The people of Jammu and Kashmir and Ladakh have always been betrayed and deprived of development in the name of Article 370 by those who ruled the state for the past seven decades. But now by the abrogation of Article 370, Prime Minister Narendra Modi has put an end to this injustice”.

He added, “Right to Education, Minimum Wages Act, Minority Act, social reservation for the disempowered, corruption-free governance, development of J&K and Ladakh is the least that people of these regions, which should have been their right, will get after this historic decision of PM Modi”.

The decision made by Prime Minister Modi was reflective of two things. First, it was a clear signal to the world that India was no more a "soft state". Second, the integrity of India and development of all its people cutting across religion, caste, creed, region or any division, was Narendra Modi's government's main agenda that has been aptly expressed in its slogan of  “sabka saath sabka vikaas”.

Gunnar Myrdal who was a Swedish economist, sociologist and politician had written an important book in 1960s. The name of the book was "Asian Drama" and in the book, he had coined the term `soft state’. The term "soft state" was coined in the context of South Asia and it was about those states that were not able to implement its decisions, especially in the economic and political arena effectively.

In last few decades India became synonymous with the definition of "soft state" as it was seen on many occasions that it could not take bold decisions and even when few were taken they were not implemented effectively. But, by revoking article 370 India, in one stroke, Narendra Modi government dismantled and demolished the image of "soft state" stuck to it for decades.

It is a well-known fact that Article 370 was a temporary provision. But the permanent lack of political will barred Congress that was in power for more than six decades, to do away with this Article which as rightly pointed out by Prime Minister Modi "encouraged terrorism, sluggish development, family-based politics and corruption in Jammu and Kashmir".

The decision to do away with Article 370 was a great tribute to Bharatiya Jana Sangh founder and former Lok Sabha member from Calcutta Dr Shyama Prasad Mukherjee who had led a movement for the abrogation of this article and had decades ago declared that "ek desh do vidhan, do pradhan, do nishan nahi chalega (Two constitutions, two prime ministers, two national symbols is not acceptable in one nation”.

Dr Mukherjee whose service to the nation will remain unmatched died under mysterious circumstances in June 1953. But his firm belief that Article 370 should be abrogated for the unification of India in the truest sense, remained a talisman, an article of faith for the Bharatiya Jana Sangh and later to its successor Bharatiya Janata Party (BJP).

The decision of revoking Article 370 was also a great tribute to Dr BR Ambedkar who was a staunch critique of this Article and was against giving special status to Jammu and Kashmir. One of the most important biographers of Dr Ambedkar Dhananjay Keer talks about how at a press conference organized at Aurangabad, in 1953, Dr Ambedkar had pointed out that it was totally wrong on part of the Kashmir to expect India to provide military assistance and other help and yet refused to merge with it.

And more than anything the decision to abolish Article 370 was a tribute the people of India who have been declared as the source of Indian democracy in our preamble.

The preamble of the Indian constitution entrusts upon its people to ensure among other things “Unity and Integrity of the Nation”.

This was a tribute to the dreams and vision of India’s founding fathers, freedom fighters and all constituent assembly members, who together shaped India as a nation-state.