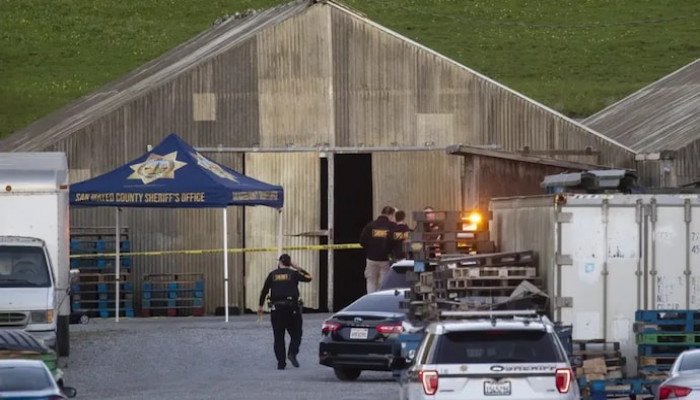 At least seven people were killed in two separate shootings at agricultural facilities in the city of Half Moon Bay in US California on Tuesday. This was the second mass shooting in the state in three days.

According to US media reports, Chinese farmworkers were killed in the shootings and the suspect has been identified as 67-year-old farmworker Zhao Chunli. He shot his coworkers before fleeing the scene.

Some workers at one facility lived on the premises and children may have witnessed the shooting, AP reported.

"Suspect is in custody. There is no ongoing threat to the community at this time," said San Mateo County Sheriff in a tweet.

Half Moon Bay is a small coastal city with agricultural roots now home to about 12,000 people. The city and surrounding San Mateo County area are known for producing flowers as well as vegetables like Brussels sprouts. The county allows cannabis farming in certain areas. It’s a majority white community and about 5% of the population is Asian.

The exact locations of the shootings have not been confirmed yet and the motive for the shooting is under investigation.

This comes days after a 72-year-old man killed 10 people at a Chinese New Year event in Monterey Park, California. Police tracked him down to a van and surrounded it. As the officers approached the vehicle, they heard a gunshot.